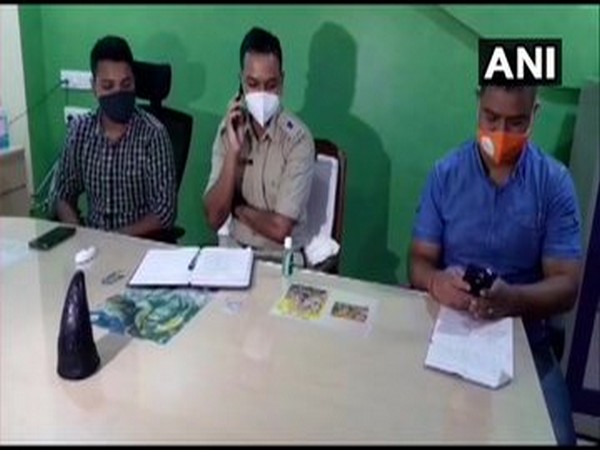 Dibrugarh: In a joint operation by Dibrugarh and Duliajan Police, four persons including a woman were arrested in possession of a rhino horn.

“On November 5, we received information regarding the accused persons having a rhino horn. We conducted a raid at a residence and recovered the suspected rhino horn. They were about to sell the horn for around Rs 40 to Rs 50 lakhs,” Baruah added. (ANI)