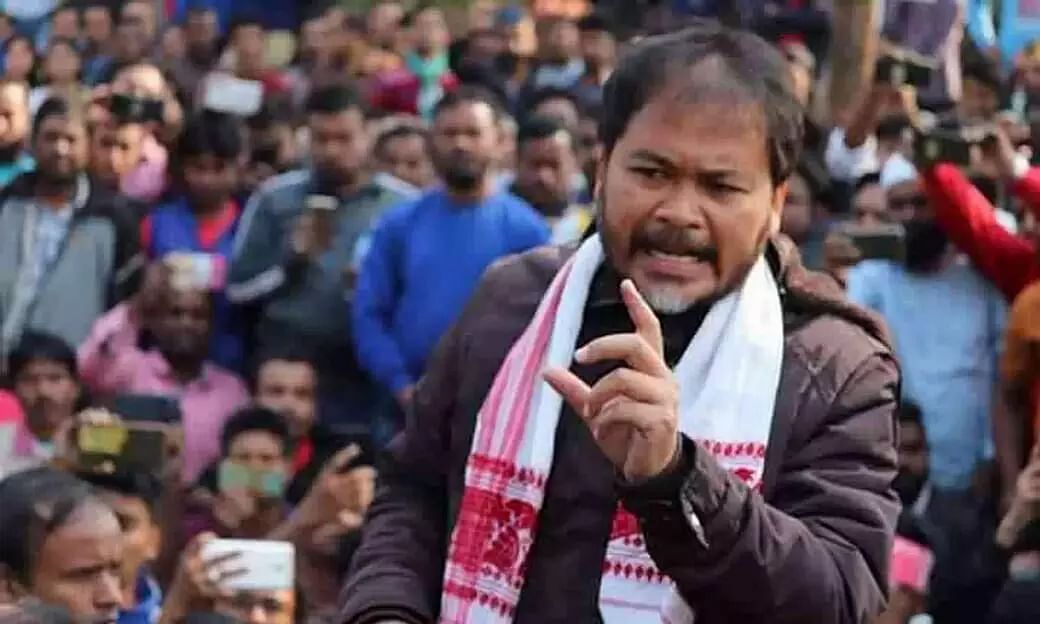 Assam legislator Akhil Gogoi on Thursday walked free after nearly 19 months in captivity as a special NIA court cleared him of all charges under UAPA for his alleged role in the violent anti-CAA stir in the state in December 2019.

Gogoi, an Independent MLA from Sivasagar constituency, walked out of the Gauhati Medical College and Hospital (GMCH), where he was being treated for various ailments, after the special NIA court sent the release order to the Guwahati Central Jail.

The Raijor Dal chief and his associates were accused in two cases under the Unlawful Activities (Prevention) Act for their alleged role in violent protests in Assam against the Citizenship (Amendment) Act in 2019.

“Truth has finally prevailed, though no efforts were spared to keep me behind the bars,” he told reporters after his release.

Describing the judgement as “historic and exemplary”, Gogoi said that Special NIA Judge Pranjal Das has established the independence of the judiciary.

“Earlier, the law was used to keep me behind the bars but the NIA judge has set an example by giving such an independent verdict and he has brought back people”s faith in the judiciary and the judicial system.

“The verdict delivered by him will set a precedence and help those who are still jailed, for protesting against the CAA or opposing the government on various issues, in coming out of prison,” Gogoi said.

The Raijor Dal chief also visited the residence of the “first CAA martyr” Sam Stafford and offered his family a “small amount of money”.

“I took a loan from my wife to give his family a small amount of money. I pledge to take care of their legal fight in the case regarding Sam”s death and also in ensuring that his ailing mother gets proper medical treatment,” Gogoi said outside their Hatigaon residence in Guwahati.

Gogoi said that he will also visit the homes of the other “four persons who were martyred during the CAA protests”.

The legislator said that he will forever remain grateful to all those who donated whatever amount they could for meeting the legal costs, and to get him elected as an MLA from jail.

“I had no money, was labelled a terrorist, an anti- national by the government but people donated of free-will and the people of Sivasagar elected me as their representative. I will forever remain grateful to them for this,” he said.

He will leave for his constituency on Friday morning.

The NIA was investigating two cases, which were initially registered at Chabua and Chandmari police stations, related to the alleged role of Gogoi and his associates in the violent protests.

NIA Special Judge Pranjal Das dismissed the charges brought against Gogoi and his three associates Dhairjya Konwar, Manas Konwar and Bitu Sonowal in connection with the Chandmari case in which they were accused of having Maoist links.

Gogoi has been cleared of the UAPA cases, while he has already received bail in the other cases filed under various sections of the Indian Penal Code.

There were 13 cases filed against him in connection with the CAA protests.

The investigating agency had on June 29 presented a “protected witness”, in the Chandmari case and filed an additional chargesheet against Gogoi in the special NIA court.

On June 22, Gogoi and two of his associates — Jagajit Gohain and Bhupen Gogoi — were cleared of charges in the Chabua case.

Gogoi was earlier granted bail in the original case filed at the Chabua police station which was later transferred to the NIA.

Charges were framed against his fourth associate Bhaskarjit Phukan under Section 144 IPC, and the case has been now transferred to the court of the Chief Judicial Magistrate, Dibrugarh.

The NIA court had granted Gogoi parole for 48 hours on June 25 to visit his octogenarian mother at Selenghat village in Jorhat district and his son, who recently recovered from COVID, at his rented Guwahati residence.

He visited both and returned on June 26 evening to GMCH, where he was under treatment since last year.

The court, however, did not allow him to visit Sivasagar, which he had asked for to meet the people of his constituency, due to the prevailing pandemic situation.

Gogoi was arrested on December 12, 2019 from Jorhat, during the height of the anti-CAA protests in the state, as a “preventive measure” in view of the deteriorating law and order situation in the state and his three associates were taken into custody the next day.

They were later handed over to the NIA and booked under UAPA for their alleged role in the violent protests and their possible links with Maoists.

Gogoi became the first jailed leader in Assam to win an assembly election this year.

CAA seeks to grant citizenship to persecuted minorities — Hindu, Sikh, Jain, Buddhist, Parsi and Christian — from Pakistan, Bangladesh and Afghanistan who had come to India on or before December 31, 2014.

Anti-CAA agitators in Assam claim that the legislation will bring about a demographic change in the northeastern state and reduce the indigenous population to a minority. PTI