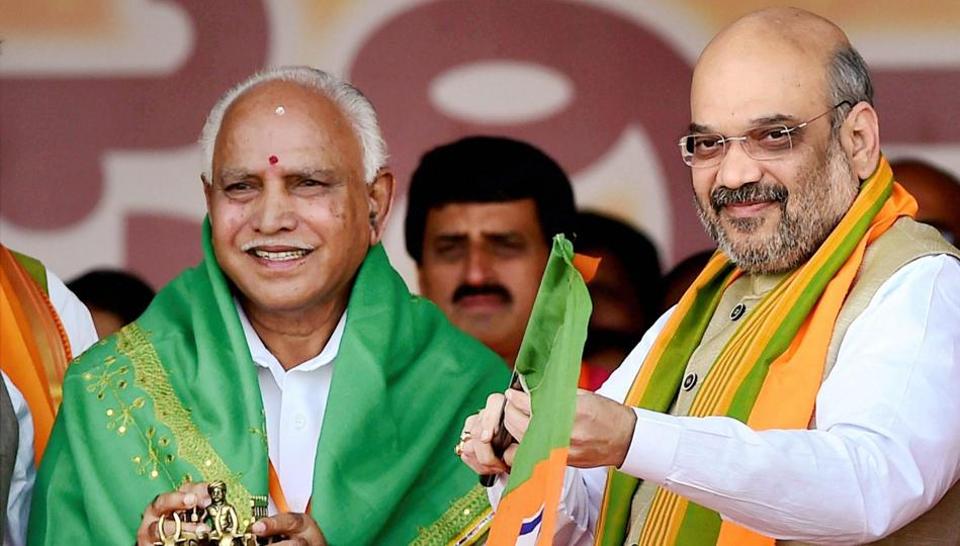 BJP leader and former chief minister BS Yeddyurappa,76, will take over as Karnataka Chief Minister at 6pm on Friday after Governor Vajubhai Vala accepted his claim to form the government, capping weeks of political turmoil in the state that saw the Congress-JD(S) coalition losing the trust vote.

“I just met the Governor, I will take oath as Chief Minister today at 6 pm,” the BJP leader said.

This would be Yeddyurappa’s fourth term as chief minister . His first was in 2007 and lasted just seven days after he failed to get the required numbers. His second stint lasted almost three years from May 2008 to August 2011, but he was forced to step down after corruption charges .

His third stint was after the 2018 Assembly elections and lasted just two days after the Supreme Court ordered that he prove majority within 24 hours as against the 15-day window given by the Karnataka governor.

A group of senior BJP leaders from Karnataka, led by former chief minister Jagdish Shettar, yesterday met Amit Shah and working president Jagat Prakash Nadda and briefed them on the latest situation in the southern state.

Karnataka is the only southern stage where the BJP has been in power in the past and is currently the single largest party with 105 MLAs.

The HD Kumaraswamy government lost trust vote on the assembly this week after 15 MLAs of the ruling coalition rebelled against the chief minister along with a couple of other independent MLAs.