Dabangg 3: After 10 years, this hot and beautiful actress will be seen with Salman Khan, see photos 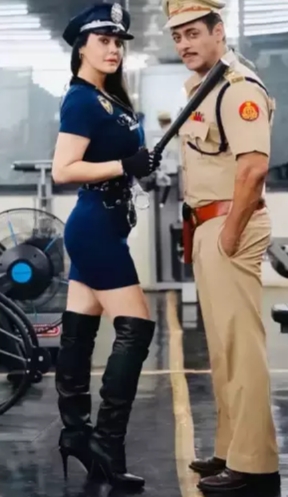 We all know that Salman Khan has just released the trailer of Dabangg 3, which has received quite a good response.

Let me tell you that after the release of the trailer there is big news from Dabangg 3, although everyone knows that Dabangg 3 will feature two heroines like Sonakshi Sinha and Sai Manjrekar. But apart from these two, there will be another heroine in the film, whose first look has been revealed from the film itself.

After watching this look of Preity Zinta, the curiosity of the audience for the film has increased even more. For information, let us tell you that Salman Khan and Preity Zinta had previously appeared in the film Main Aa Gaya Mrs. Khanna released in 2009.