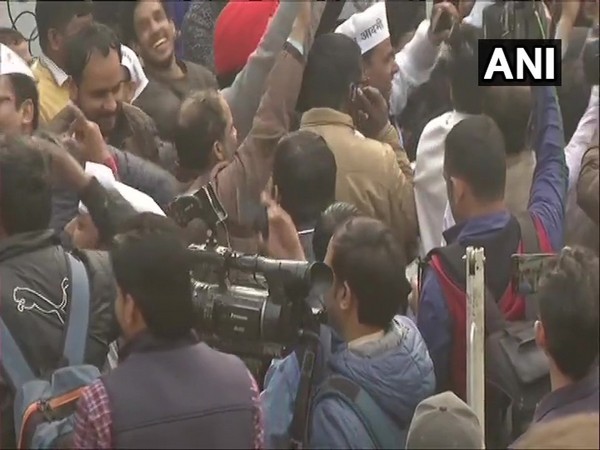 New Delhi: The trends for all 70 seats in Delhi Assembly election suggest the Aam Aadmi Party heading for a clear win with its candidates leading on 56 seats, according to the official website of the Election Commission on Tuesday.

The BJP, on the other hand, is winning 14 seats, while the Congress is yet to open its account, according to the Election Commission at 11 am.

Prominent among those who are leading in their constituencies include incumbent Chief Minister Arvind Kejriwal, who has taken a lead of 4,387 votes over BJP’s Sunil Kumar Yadav from the New Delhi constituency.

AAP’s Raghav Chadha too is leading with over 5000 votes from the Rajinder Nagar constituency. The biggest leads, however, went to the AAP candidates from Sangam Vihar and Seemapuri (SC) seats.

The counting of votes for 70 seats of the Delhi Assembly began amid tight security at 8 am today.

Delhi went to polls in a single-phase on February 8.

The primary fight is between the ruling AAP and the BJP which is seeking to make re-entry into the State politics in the national capital after over 20 years. (ANI)