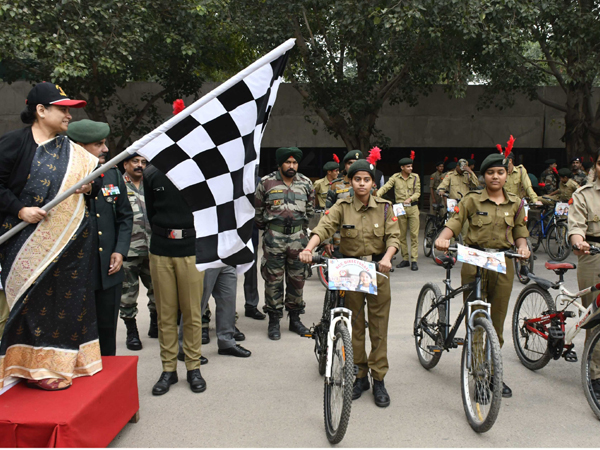 Chandigarh : Empowering daughters is a matter of mass movement which requires the efforts of all sections of the society, said Haryana Chief Secretary Keshni Anand Arora here on Friday.

Dedicating the NCC foundation day celebration to the daughters by flagging off a cycle rally here, Arora said: “Empowering daughters is a mass campaign, which requires a joint effort from all sections of the society.”

According to an official statement, the Chief Secretary said that the main purpose of flagging off the rally is to make the people aware of the Beti Bachao-Beti Padhao campaign. She also announced an incentive of Rs 5,000 each to NCC cadets, who participated in the cycle rally.

She said the NCC certainly gives a very important message to the youth to keep participating in the social service by building unity and discipline, secularism and mutual brotherhood and also motivates the youth to make their career in the armed forces.
She further said that NCC was established in the year 1948 and today it is the largest uniformed organization in the world with about 1.5 million cadets.

The cycle rally of the NCC cadets was flagged off from Haryana Civil Secretariat here. Principal Secretary, Higher Education Department, Ankur Gupta and Director, A Sreenivas and other officials of NCC were present on the occasion.(ANI)