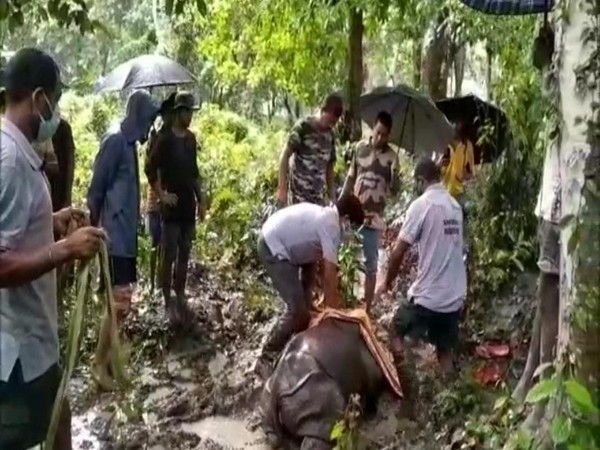 Guwahati: A joint team of Kaziranga National Park and the Centre for Wildlife Rehabilitation and Conservation (CWRC) rescued a nearly one-year-old female rhino calf from Dahgaon village in the fringe area of the national park on Saturday morning.

According to officials, the rhino calf is under observation at the CWRC, which is a jointly run wildlife care facility of the Assam Forest Department (AFD) and the Wildlife Trust of India (WTI).