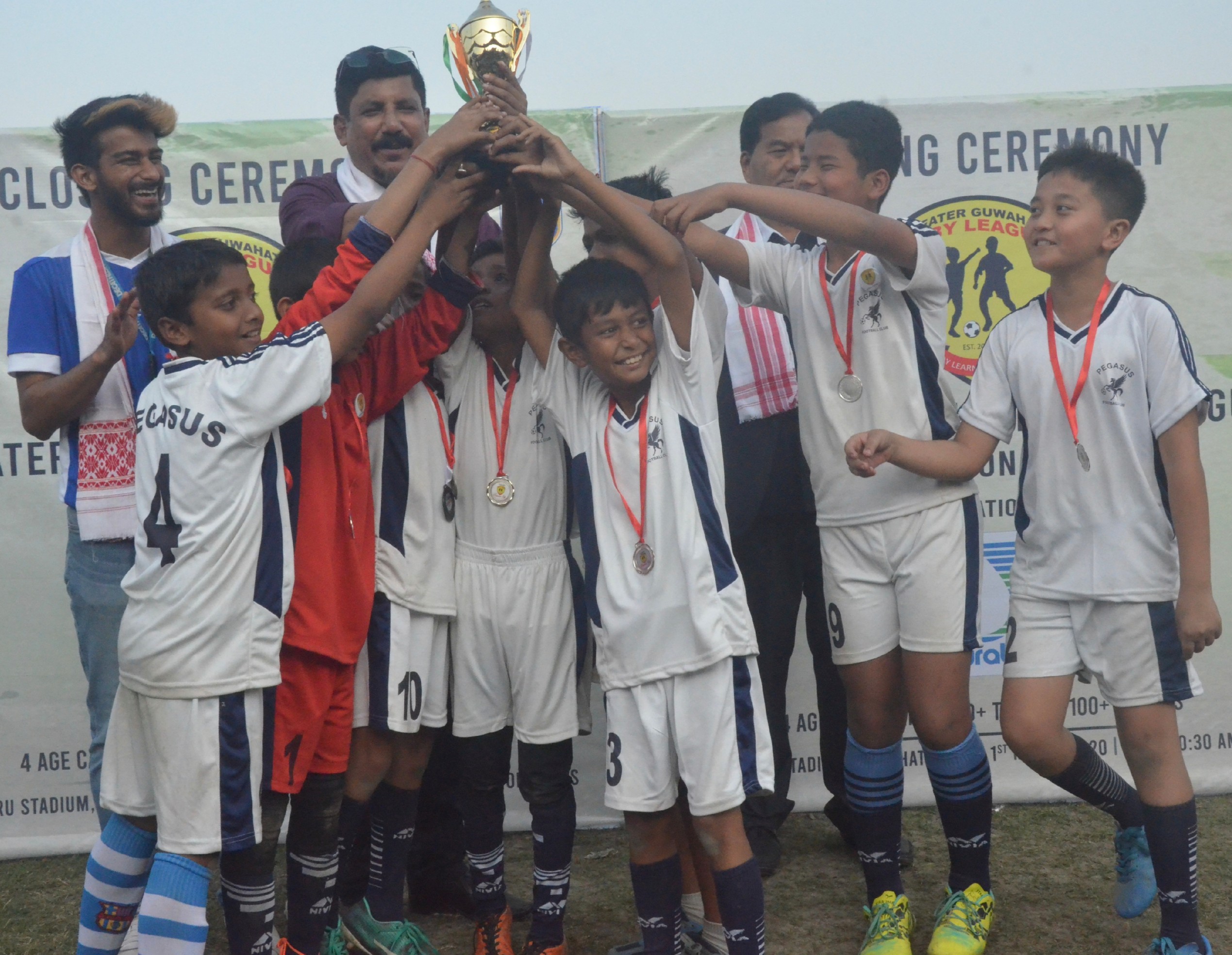 The second season of Assam’s first ever Golden Baby Football League ‘Greater Guwahati Baby League’ (GGBL) concluded today after 4 months of action with more than 500 kids from more than 50 teams playing every Sunday for 4 titles at Nehru Stadium, Guwahati.

Exhibition matches and prize distribution ceremony were held on this occasion.

A total of 41 players were presented ‘Stars of Baby League’ medal for outstanding performances and 10 coaches were awarded with ‘Emerging Coaches’ trophy. In U6 category, Adoni Sumer, Siddhant Sharma and Aradhya Borpatra Gohain, in U8 category Vivek Dey, L Shidal Singh and Uzziel Iangrai, in U10 category Sumit Pandey, Sandip Singh and Sanzid Khan Choudhury, in U12 category Laksh Biswas, Manjyoti Tamuli and Ajibar Ali got top three goal scorers trophies for their respective categories.

In U6 category Montfort Tigers, in U8 and U10 categories GCFC Unicorns and in U12 category Khanapara Pegasus lifted the Champions trophy. Aradhya Borpatra Gohain of Manomay Deers received best emerging player in U6 category while Uzziel Iangrai of GCFC Unicorns was awarded with Most Valuable Player (MVP) trophy with 27 goals and 25 assists in 24 matches. Dibyapratim Basumatary got the MVP Award with 15 goals and 10 assists in 20 matches in U10 category.

On the other hand, Pritam Brahma from GCFC Unicorns who played deciding role in U10 triumph with 18 goals and 12 assists in 20 matches received best player of the league.

There was also a U15 Skilled Football Competition held by Purabi Dairy where more than 100 player participated in two groups U6-U9 and U10-U15. Uzzeil Iangrai and Rudereswar Thapa won in their respected categories.