Hindu Sena Prays for Donald Trump’s Win in US Elections to Keep China, Pakistan in ‘Check’ 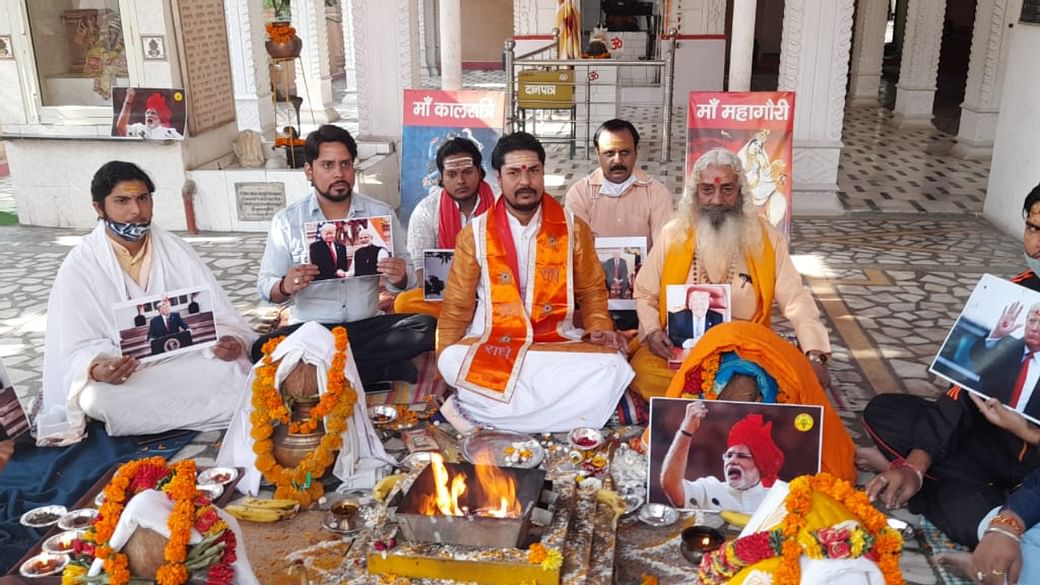 Supporters of US President Donald Trump in India are leaving no stones unturned to ensure that he wins the Presidential elections this time too. Nearly two dozen members of a group known as Hindu Sena (Hindu Army) joined a priest wearing saffron robes to conduct fire rituals and chant verses for Trump’s victory.

They held up pictures of the leader with one of Indian Prime Minister Narendra Modi resting to the side.

The group that claims to have the support of 5 million Hindus says it wants Trump to be re-elected in order to keep India’s main rivals – Pakistan and China – in check.

“India can fight terrorism only if Trump is around, and both China and Pakistan will stay restrained as long as he is the president,” the group’s founder, Vishnu Gupta, said by ‘phone.

“We wish Harris well because of her Indian ancestry, but vice presidents are not as powerful.”

The fringe group has always been pretty vocal about rallying behind the US President. During the latter’s India visit back in February, had hailed him and even released a song in his honour and asked all Indian-Americans in the US to vote for him when the time comes.

The group had then organised a ‘yagna’ at Delhi’s iconic Jantar Mantar ahead of talks between Trump and Indian Prime Minister Narendra Modi. “We performed the rituals to seek God’s blessings for PM Narendra Modi and Trump and to pray that they can work together to eradicate terrorism,” the group’s chief Vishnu Gupta had said then.

RR Kalidas Vandayar, a businessman and the head of a cricket association in the nearest town, plans to offer food to more than 150 people to seek their blessings for Harris, who is running alongside Democratic presidential candidate Joe Biden.

“She is from here and we are proud of her,” said Vandayar’s brother RR Jayakumar Vandayar.