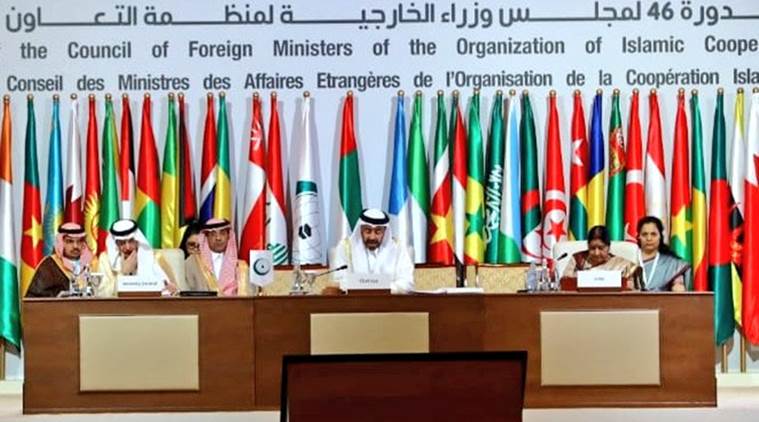 The United Arab Emirates, the current chair of the Organisation of Islamic Cooperation, said on Saturday that it looked forward to the grouping strengthening its relations with India.

UAE foreign minister Abdullah bin Zayed Al Nahyan told a news conference at the end of the meeting of OIC’s Council of Foreign Ministers, “I think the OIC has sent a very clear and positive sign to India… that the OIC appreciates the relationship with India and looks forward to strengthening such a relationship to a point where we can embrace India one day in the OIC.”

He was responding to an Indian journalist’s question about resolutions passed by the meeting that referred to alleged atrocities in Kashmir and the air strike against a Jaish-e-Mohammed facility at Balakot.

External affairs minister Sushma Swaraj addressed the inaugural session of the meeting on Friday as a guest of honour and made a thinly veiled attack on Pakistan-backed terrorism. Pakistan’s foreign minister boycotted the meeting over the invitation to India though, Islamabad sent a delegation.

Al Nahyan said matters should be looked at from a “positive angle”. Referring to the issue of an enhanced relationship between India and OIC, he said: “I know we are not there yet for obvious reasons but what I can say (is) that having India as a guest of honour was a historic moment for the OIC.

“It was a historic moment for India definitely and the language that you are referring to (on Kashmir) has been in our previous statements. The most important…change in the OIC today towards India is having India as a guest of honour and having such a positive, strong, dedicated speech that we heard yesterday from India.”

Referring to the resolutions on Kashmir, external affairs ministry spokesperson Raveesh Kumar said, “Our stand is consistent and well known. We reaffirm that Jammu and Kashmir is an integral part of India and is a matter strictly internal to India.”

Kumar said India appreciates the “historic gesture” of being invited to the meeting on the 50th anniversary of OIC’s first meet.

People familiar with developments said OIC resolutions are not negotiated and include issues suggested by all members. The Abu Dhabi Declaration, a negotiated document, had no mention of India or Kashmir.

A statement from Pakistan’s Foreign Office said the OIC resolutions stated Kashmir was the “core dispute” with India. They also expressed “grave concern” over “Indian violation of Pakistani airspace, affirmed Pakistan’s right to self-defence”. They also called for restraint and de-escalation.