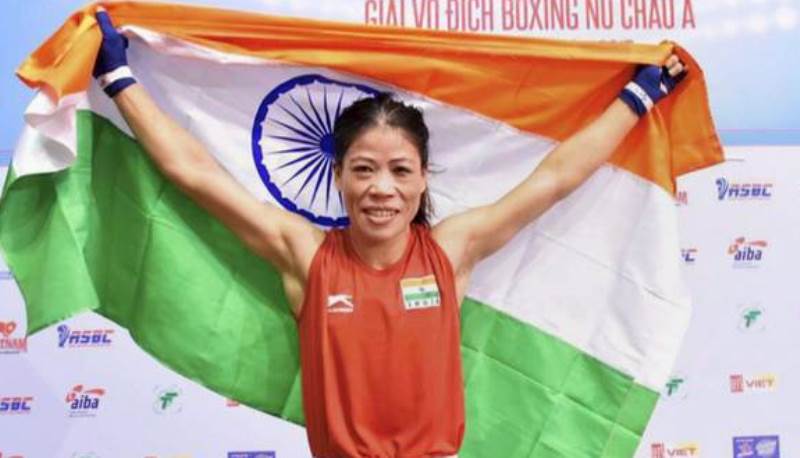 Six-time world champion MC Mary Kom has been included in a 10-strong athlete ambassadors group to represent boxers in the build-up to next year’s Tokyo Olympic Games by the IOC’s Task Force for the sport, adding to the iconic pugilist’s innumerable achievements. Mary Kom will represent the Asian bloc in the group, which also comprises the likes of Ukrainian legend Vasyl Lamachenko (Europe), a two-time Olympic and world gold-medallist who now plies his trade in the professional circuit, and five-time world champion and 2016 Olympic gold-winner Julio Cesar La Cruz (Americas) among others.

The 36-year-old Indian recently surpassed herself as the most successful boxer in the history of the world championships when she claimed her eighth medal, a bronze, at the marquee event’s latest edition in Russia. She is also an Olympic bronze-medallist in the 51kg category besides being a five-time Asian champion and a Commonwealth and Asian Games gold-medallist.

“One female and one male ambassador per region will take on the role of engaging with the boxing community both in person and digitally,” the IOC said in a statement.

“They will also help the Boxing Task Force (BTF) take into account the athletes’ voice in all areas of its planning for the qualification events and the boxing tournament at the Olympic Games Tokyo 2020,” it added.

Boxing has been in administrative turmoil after the International Olympic Committee (IOC) stripped the International Boxing Association (AIBA) of the rights to conduct the Olympic competition earlier this year, taking complete control of even the qualifying process.

The IOC asserted that AIBA failed to put its house in order as far as administrative integrity and management of finances was concerned.

“…look forward to working closely with them in all areas of our decisions and event planning to make sure the athletes are not only at the centre of our work, but also actively engaged in it,” he added.

The creation of an Athlete Ambassadors Group was announced in August this year, and they had to be first nominated by the respective National Olympic Committee (NOC), NOC Athletes’ Commission and the National Federation (NF).

Other requirements included having competed at international competitions in the past four years, being born no later than December 31, 2001; being an amateur or professional boxer; and not having incurred any measure or sanction in relation to any violation of the Olympic Charter, the IOC Code of Ethics, and the World Anti-Doping Code.