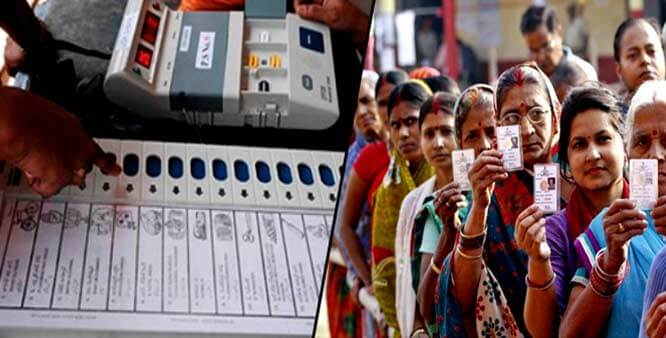 Medo Yhokha of the Nationalist Democratic Progressive Party (NDPP) has won the by-election to the Southern Angami-I Assembly constituency in Kohima district, while Independent candidate T Yangseo Sangtam has emerged victorious in the Pungro-Kiphire seat of Kiphire district. The results of the bypolls, which were held on November 3, were declared today.

Yhokha was the consensus candidate of the ruling People’s Democratic Alliance (PDA). An updated report from the Election Office – after the fifth and final round of counting for the Southern Angami seat – stated that Yhokha defeated his nearest rival, Independent candidate Seyievilie Peter Zashumo, by a margin of 615 votes. The NDPP candidate polled 4,721 votes, while Zashumo bagged 4,106 votes. In the three-cornered contest for the seat, Opposition Naga People’s Front (NPF) candidate Kikovi Kirha came third with 2,565 votes. Eighty-eight voters among the electorate of 13,541 exercised the NOTA (none of the above) option in the constituency.On the other hand, in the Pungro Kiphire constituency, Sangtam defeated his nearest rival, Independent candidate S Kiusumew Yimchunger, by 1,527 votes. Sangtam polled 8,747 votes, while Yimchunger garnered 7,220 votes.

PDA’s consensus candidate – Lirimong Sangtam of the BJP – came a distant third by polling 5,664 votes. This is being seen as a blow to the alliance Government of Nagaland where the BJP is a partner. Another Independent candidate, Shellumthong Yimchunger, polled 5,388 votes, while Khaseo Anar of the Congress got only 347 votes. Five candidates were in the fray for the bypoll to the Pungro-Kiphire seat. Altogether 92 voters opted for NOTA among the 29,346 electors in the constituency.

“Heartiest congratulations to NDPP candidate Medo Yhokha on winning 14 Southern Angami 1 by-election. I wish you all the best in serving the people of Nagaland,” Rio tweeted after the results were declared.

The bypolls were necessitated after the deaths of Southern Angami-I legislator, Vikho-o Yhoshu of the NDPP, and Pungro-Kiphire MLA, T Torechu of the NPF, last year.