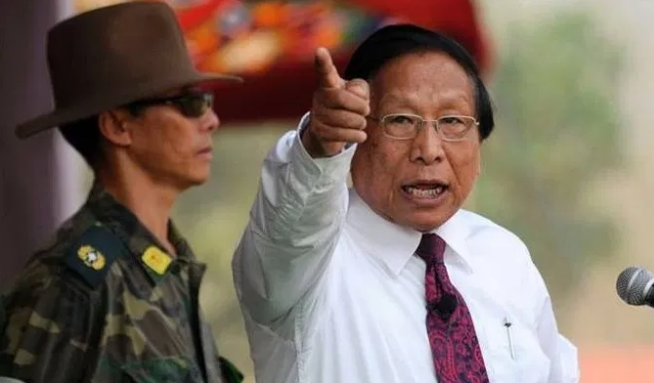 The Isak-Muivah faction of National Socialist Council of Nagaland (NSCN-IM) on Wednesday reiterated the outfit’s demand for a separate constitution for Nagas.

Issuing a statement, the information and publicity wing of the outfit urged for an early solution to the decades old Naga political issue.

“The Nagas will not merge into the Union of India, but they will coexist with the Union of India as two entities. Nagas are a recognized entity. Nagas do not accept Indian constitution, but Nagas and Indians will share sovereign powers based on competencies,” the statement read.

NSCN-IM has been in a ceasefire agreement with the Indian government for over two decades now. The outfit, which is seeking a separate flag, constitution for Nagas, had signed a Framework Agreement with Centre in 2015—which was to be the basis for finding a solution to the Naga issue.

Since signing of the agreement, six other Naga rebel groups have joined the formal talks with Centre to arrive at a long lasting solution. The process is expected to end soon with appointment of former chief interlocutor for talks RN Ravi as Nagaland’s Governor last month.

“The good Lord has opened the door for the Nagas. We must seize the opportunity when it comes. We must explore every possible way to finding the long-cherished solution. It will be a great loss for both the parties in terms of time, labour, money and life if we miss this turn of opportunity,” the statement added.

The outfit added that it represents the Naga people, including village chiefs, civil societies/organizations, political parties and the churches.