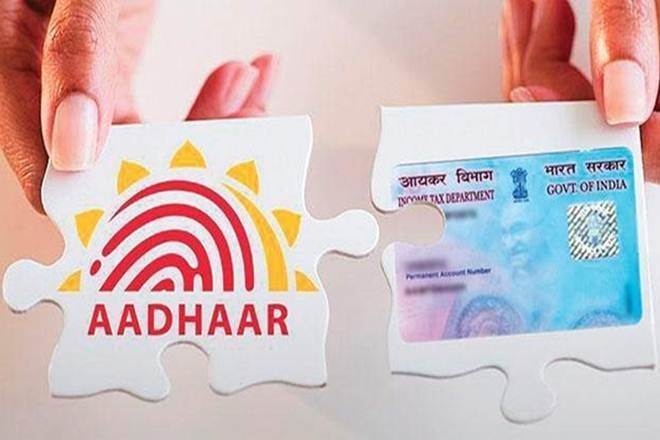 The last date for PAN-Aadhaar linking has been extended by the government. As per the notification, the PAN Card-Aadhaar Card linking last date has been extended till March 31, 2021. The previous deadline for linking PAN and Aadhaar was June 30, 2020. The extension in PAN-Aadhaar link deadline comes as good news for those PAN cardholders who have not yet reportedly linked their PAN with Aadhaar. They now get a few more months to complete the process, which takes just a few minutes.

If you already have the PAN card and are eligible to obtain Aadhaar number or you have already acquired one, then you are required to intimate the Aadhaar number to the Income Tax department. Your PAN Aadhaar linking needs to be completed else the PAN will become ‘inoperative’.

Once the PAN becomes inoperative, one will not be able to undergo several transactions where PAN is required to be quoted mandatorily. The income tax department has specified 18 financial transactions where quoting of PAN is mandatory by the individual. In such cases, the transactions could be carried out only when the PAN and Aadhaar are linked thus making the PAN re-active.

For PAN-Aadhaar linking, you must ensure that name, date of birth and gender mentioned by you are same on both PAN and Aadhaar. The Aadhaar number and the name on Aadhaar card should be exactly the same as printed on the Aadhaar card.

As per income tax rules, PAN Aadhaar linking is mandatory. For new PAN seekers, the Income Tax Department allows the creation of Aadhaar-based instant PAN on the e-filing website. “Aadhaar-based instant PAN allotment service is to allot PAN in near-real time. You are required to quote a valid Aadhaar number issued by Unique Identification Authority of India (UIDAI) and is not linked with any PAN. The e-KYC data of that Aadhaar number is exchanged with the Unique Identification Authority of India(UIDAI). After due process of e KYC data in Income-tax database, you get a PAN,” the Income Tax Department says on its website.