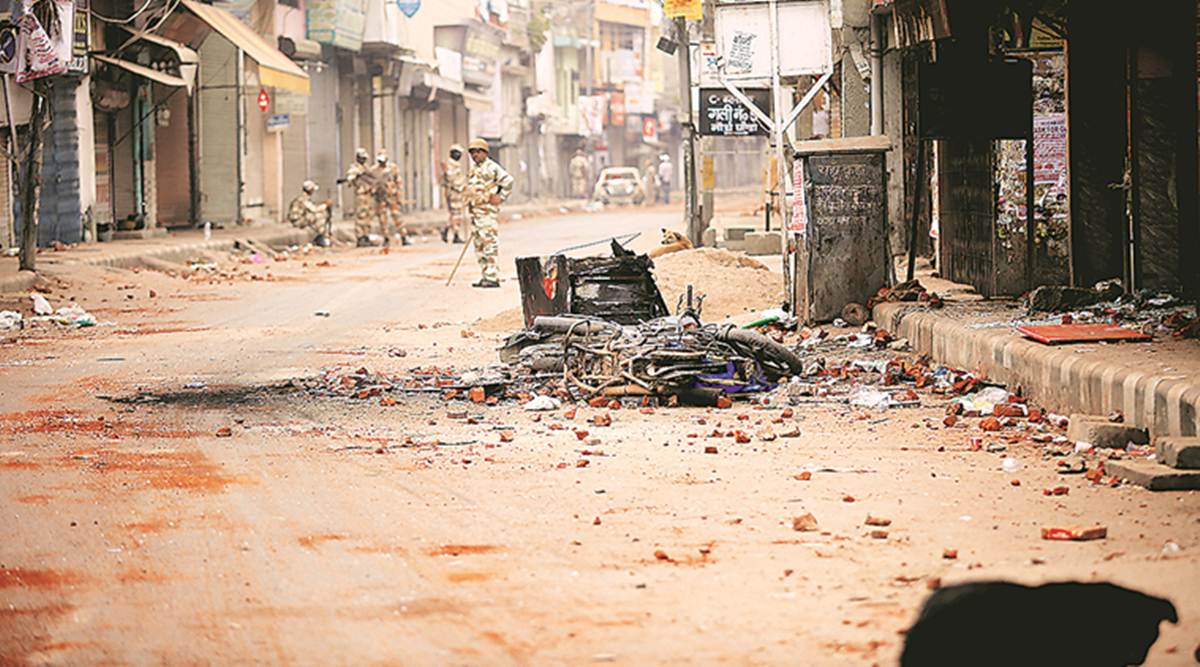 A 22-year-old garment worker from Old Mustafabad lost his right arm and a finger in the left hand in a blast during the northeast Delhi riots in February this year, but the FIR registered by the police says he received the injuries in an “accident”.

Akram Khan, whose arm was amputated on February 25 at the Guru Teg Bahadur Hospital, said the FIR misrepresents facts of the case, and its copy has still not been made available to him by the police.

The FIR, registered at the Shastri Park police station, was accessed by News18.com. It describes the incident as an accident, and police have invoked sections 279 (rash driving) and 337 (causing hurt by act endangering life or personal safety of others) of the Indian Penal Code.

Speaking to News18, Khan said he had left his home around 2pm on February 24 for the Ijtema at Qasabpura, but he couldn’t reach there because violence had already broken out.

“When I reached near the Bhajanpura Mazaar, I was attacked by a Hindu mob. While I was running for my life, a bomb was hurled from atop Mohan Nursing Home and it dropped near me. I fell unconscious and later I found myself at Meher Hospital,” he said.

After receiving primary medical assistance, he was taken to the GTB Hospital, where his right arm was amputated a day later. “The index finger in my left hand was cut off in March due to sepsis,” he added.

But Delhi Police officials said that on the day of the incident, the Shastri Park police station had received a call about an accident, following which a policeman was dispatched to the GTB Hospital to inspect.

“Upon reaching the GTB Hospital, the officer found that Khan was not in a condition to give a statement to the police as he was grievously injured. So, we registered the FIR based on the MLC (Medico-legal case), which said ‘crush injury’,” an official, who did not wish to be named, said.

Delhi Police have faced many accusations of conducting a biased investigation in the Delhi riots, with many Muslim survivors accusing the police of not probing their complaints. The charge-sheet filed by the police has also focused on those who protested against the Citizenship Amendment Act (CAA), while the likes of BJP’s Kapil Mishra have not been named so far.

Denying any bias, police officials instead said they had in fact taken prompt action in this case, and filed a swift FIR on the day of the incident soon after receiving the call.

The medical report, seen by News18, mentions that the patient suffered his “injuries during riots on 24.02.2020” and “needs multiple surgeries in the future”. However, there is no mention of riots in the FIR.

Khan also denied the police claim that any cop had visited him at the GTB hospital while he was admitted there.

He said that after he recovered a little in March, he recorded a statement for a police complaint and sent it to the police kiosk that had been set up at Mustafabad’s Eidgah relief camp. In March, the Delhi Police had set up a kiosk for victims to submit their complaints that come under the jurisdiction of three police stations – Dayalpur, Gokulpuri and Karawal Nagar.

In his complaint, Khan had named several accused who he claimed were present among the mob that attacked him.

He only learnt about the police FIR not mentioning the riots at all in June, after the central government eased the coronavirus lockdown. He said a policeman visited him and informed him verbally that an FIR had already been registered earlier for his ‘accident’. However, no copy was produced to him.

News18 found that no action has yet been taken on the statement that he recorded.