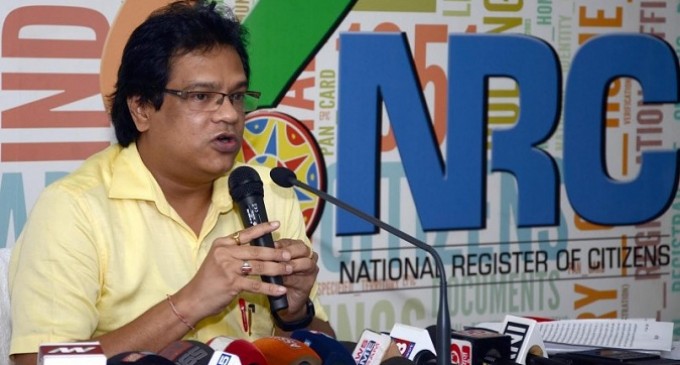 Prateek Hajela, the man who led the gigantic exercise of updating the citizenship list or the National Register of Citizens (NRC) in Assam, was transferred today by the Supreme Court to Madhya Pradesh in a move that surprised many, including the top government lawyer.
Mr Hajela, the coordinator of the NRC, would be on deputation for a maximum period, said a bench headed by Chief Justice of India Ranjan Gogoi. The court asked the government to issue the transfer order immediately.

“Is there a reason for this,” the government’s lawyer, Attorney General KK Venogupal, asked the judges.

“No order will be without a reason,” the Chief Justice replied.

The order did not give a reason. Sources close to Mr Hajela believe he opted for inter-cadre deputation and the Supreme Court allowed it.

Mr Hajela told NDTV: “I am appointed by the court. Whatever I had to say, I told the court. Now the court has ordered my inter-cadre deputation to Madhya Pradesh.”

Madhya Pradesh is the home state of Mr Hajela, 48, a 1995 batch IAS officer of the Assam-Meghalaya cadre. Six years ago, he was tasked with supervising the massive exercise of revising the citizen’s list in Assam, a complex project that has navigated controversies related to communal and linguistic divides.

He was seen as an able technocrat who could best tackle the job.

He led a team of over 50,000 officials. An IIT alumnus, he faced criticism from political parties as well as civil society organisations over alleged errors in the citizen’s list. The strongest critics included leaders of the state’s ruling BJP, who alleged that many Hindus, who are genuine citizens, are missing in the revised list.

“The NRC today contains the names of lakhs of foreigners and leaves out hundreds of genuine Indian citizens. Even a single foreigner in NRC is a national security threat, Hajela is responsible for such fiasco. There are also serious allegations against him by stake holders, even the main petitioner has brought allegations of financial embezzlement and if it is true, whether he is here or in Madhya Pradesh , the law will take its course,” said Bijon Mahajan, spokesperson of the Assam BJP.

Last month, a Muslim organization filed a case against Mr Hajela, accusing him of excluding “genuine Indian citizens” from the NRC and acting out of bias.

There are reports that Mr Hajela felt pressure from the state government. He was reportedly asked to meet Chief Minister Sarbananda Sonowal a day before the NRC list was to be put out. Sources say he did not go as he considered it inappropriate; also, he was working under the directions of the Supreme Court.