Unable To Fund Money For Children’s Treatment, Woman Puts Her Organs Including Heart For Sale 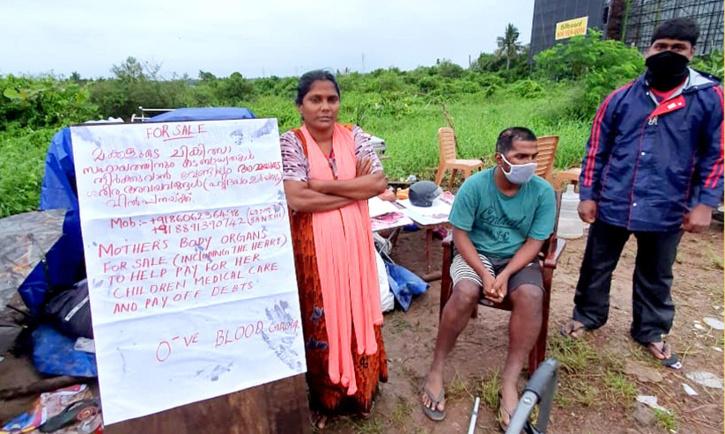 In a rather disturbing incident, a mother from Kerala offered to sell her organs to pay the medical bills of her children.

On Monday, the woman, identified as Shanthi was seen standing on the roadside in Ernakulam with her five children, near a board which read she was willing to sell her organs to fund the treatment of her children and to pay rent of their house.

In her ‘advert’ she had mentioned her blood group as O- and a mobile number to contact her.

Shanthi told media that she was forced to sell her organs as three of her children are in desperate need of medical help.

Her eldest son met with an accident a few months ago and underwent brain surgery, and the second son developed a tumour in his stomach which was removed through surgery recently.

Her 11-year-old daughter met with an accident recently and requires neurosurgery.

She also said that the family was thrown out of their rented house in Muvattupuzha as they were not able to pay the rent.

In all, Shanthi said she had to raise around Rs 20 lakhs and that she had no other options.

After her plight was reported in local media, several individuals and groups have come forward to help the family.

Ernakulam District Collector said that the family has been sent back to their house and the Lions Club has agreed to pay the rent.

Kerala Health Minister KK Shailaja has also spoken to Shanthi and promised her that the government will bear the expenses for their treatment.