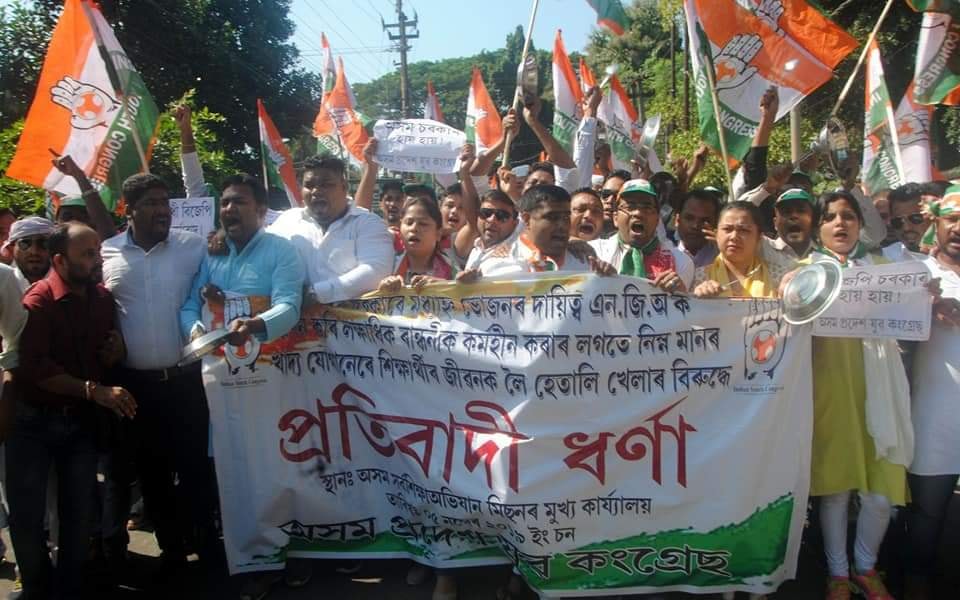 Youth Congress workers today staged a dharna outside the office of Asom Sarba Siksha Abhiyan Mission, Kahilipara, in protest against the government’s decision to entrust responsibility to serve mid-day meals at schools to non-governmental organisations (NGOs).
Over 400 Youth Congress workers took part in the protest. A scuffle broke out between the agitators and the police personnel present at the protest venue.
The protestors were taken into custody but later released. Youth Congress activists alleged that the police manhandled many of them, including women, while trying to remove the protestors from the spot.