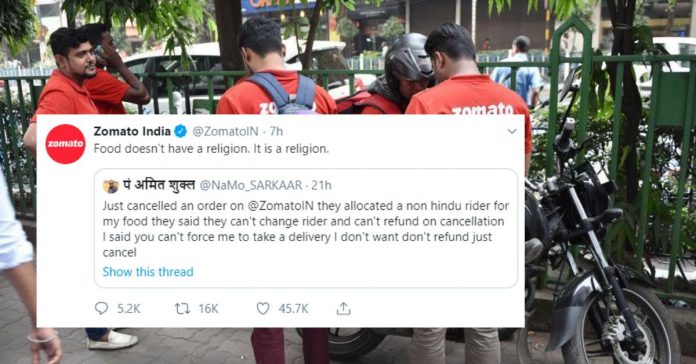 Food delivery service Zomato is winning over Twitter thanks to their epic reply to a customer who shared a bizarre reason for cancelling his order. In a post shared last evening, Twitter user Amit Shukla tagged Zomato in a tweet saying he had cancelled his order as “they allocated a non Hindu rider” for his delivery. “They said they can’t change rider and can’t refund on cancellation, I said you can’t force me to take a delivery I don’t want…” he wrote in his tweet. About an hour ago, Zomato replied to the tweet that is since winning them applause.