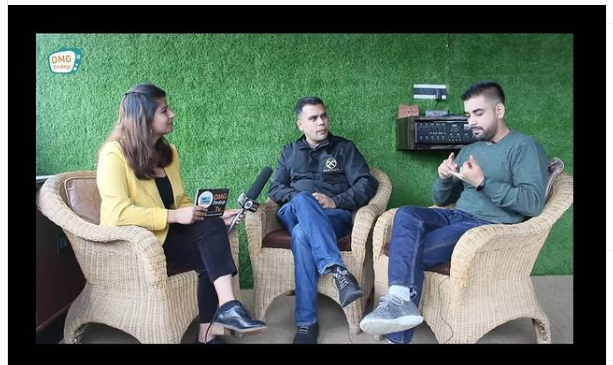 Few people are as dedicated and hardworking as Dilu Sharma even when it comes to following their passion! 27-year-old Dilu Sharma — a spirited go-getter from Gangtok — who believes in championing the cause of young artists of the North-East, is leaving no stone unturned to give artists an amazing platform to showcase their talent through the effective use of digital media.

Dilu Sharma was born and brought up in Gangtok, Sikkim. Her father passed away when she was barely six months old, and then it was upon her mother who took up the responsibility of raising her and her brother. Growing up, her family faced a lot of financial struggles, as her mother had to support their family with her meager income. From her childhood years, Dilu had an artistic bent of mind; she loved singing and dancing but couldn’t pursue those hobbies professionally due to financial issues. She and her brother completed their schooling from Government schools and were the first generation in their family to have access to formal education. Dilu went on to do her graduation from Government College Sikkim and completed her Masters in Tourism from Sikkim University in 2019. 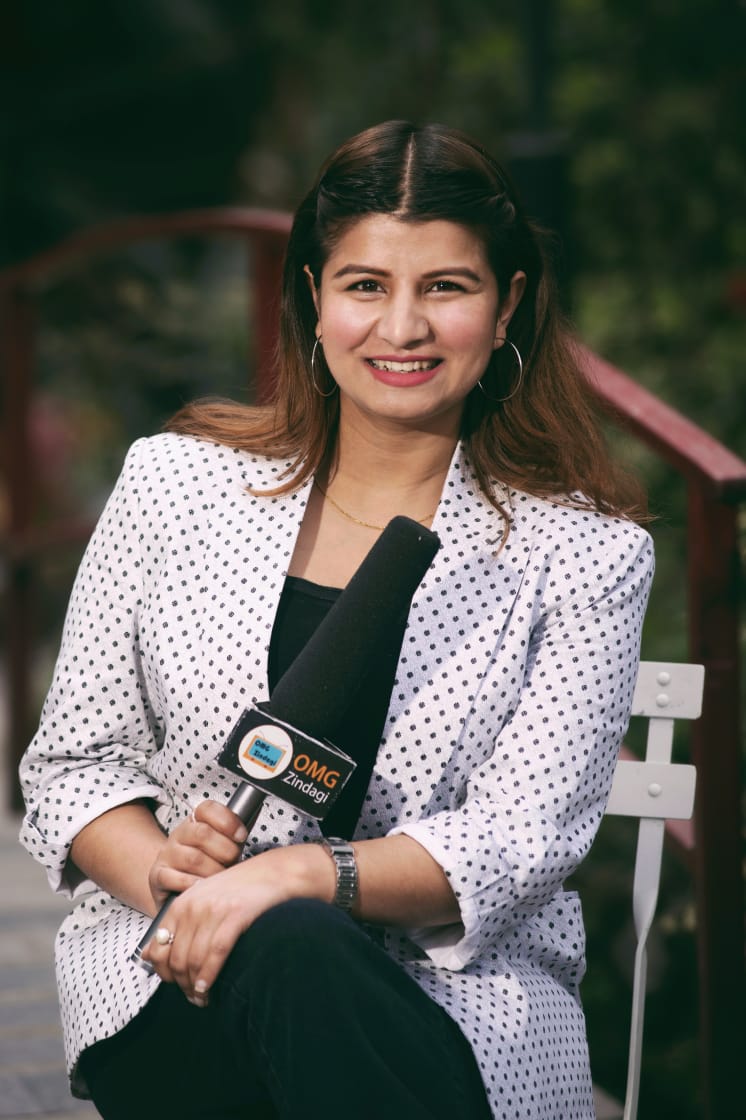 It was while doing her Masters that Dilu got an opportunity to become an anchor (host) for ‘Sikkim’s Got Talent’ – a reality show run by a local media firm, which in turn gave her a first-hand exposure of how artists and creative professionals of her state were being exploited and were constantly suffering due to non-availability of enough recognition or monetization avenues. Dilu genuinely wanted to do something for the artists – so that they can get the fame and recognition that they truly deserve.

However, after completing her Masters, she was at a crossroads: on one hand, her logical mind was telling her to pursue UPSC to support her family financially, yet on the other hand, her heart wanted to start a venture to uplift the local artist community. She met one of her dear friends and serial entrepreneur Rewaj Chettri – who guided and motivated her to pursue entrepreneurship. Dilu also credits her brother to be a huge moral and emotional support in her journey, who after completing his higher education and getting a job, took up the responsibility of the financial aspect of the family on his own shoulder, and told Dilu to chase her dreams without worrying too much about anything else.

Though a bit hesitant at first, her drive and trust in herself helped Dilu to take the leap of faith, and start her own digital media enterprise named OMG Zindagi in early-2019. Through the aid of digital platforms like YouTube, Facebook, and Instagram, OMG Zindagi focuses on high-quality storytelling by bringing to its audiences innovative talk shows, commercials, music videos, short films, live events and other forms of new media content. Dilu’s college professor Dr. Sudarsan Tamang, who apart from being a professor, is also a celebrated lyricist in Sikkim and Nepal, was very enthusiastic for the project and supported her in the initial phase and brainstormed with her on growing her business. Incidentally, it was he who suggested the name for her channel – OMG Zindagi.

But OMG Zindagi is more than just another profit-making avenue for Dilu. To her, it is like her life’s calling and purpose. In her own words: “The hidden artist in me wanted desperately to do something for the creative community in Sikkim and other parts of the North-East. My keen desire to provide a platform for the artists, singers, dancers and local talents manifested as OMG Zindagi. Hence, the venture is all about serving the creative community, including even the less-known or less-popular artists, and enabling them to showcase their talents. The entrepreneurship part came later once the project idea got successful and was loved by people. Even today, we don’t charge a single penny from budding artists and local cultural shows/events to feature them on our channel. We are a 100 percent entertainment and lifestyle-oriented venture, and our revenues come mostly from brand associations and promotions.”

No wonder artists and creative people in Sikkim and other states of the North-East love and prefer OMG Zindagi over other platforms where they have to pay huge bucks to get featured. Even during the lockdown, Dilu and her team at OMG Zindagi arranged a free-of-cost virtual singing competition, where more than 400 singers participated. The enterprise’s YouTube channel and social media following grew from scratch, organically and through word-of-mouth, and now they have acquired over 60k followers of Facebook, and over 15k+ subscribers on YouTube! Their channels showcase content ranging from interviews with artists, entrepreneurs, politicians, famous personalities of the North East as well events, street shows, cooking shows, etc. from time to time. The channel has, to date, featured a plethora of personalities and events from Sikkim, Meghalaya, Kathmandu (Nepal), Kalimpong (West Bengal), Manipur, and other regions of the North East. One particular interview of OMG Zindagi that garnered a lot of attention was Dilu’s light-hearted conversation with former Chief Minister of Sikkim Shri Pawan Chamling.

Notably, Dilu Sharma was a part of Project Her&Now’s Entrepreneurship Support Programme in the North-East Region (NER) in 2020. ‘Her&Now – Empowering Women Entrepreneurs’ is implemented by Deutsche Gesellschaft für Internationale Zusammenarbeit (GIZ) GmbH, on behalf of the German Federal Ministry for Economic Cooperation and Development (BMZ), and in partnership with the Government of India’s Ministry of Skill Development and Entrepreneurship (MSDE). In Sikkim and in other states of NER, the Project is running in partnership with ‘Dhriiti-The Courage Within’. “Being a part of the Her&Now programme has been a humbling experience. I have learnt a lot about new-age marketing and promotion tactics which enabled me to grow my venture. Another great part of the programme is the interaction with a community of like minded entrepreneurs who inspire and motivate each other to grow,” informs Dilu Sharma, Founder, OMG Zindagi.

Dilu’s consistent efforts to transform the narrative in favour of the indigenous artists and talents are slowly and gradually bearing fruit. Ever since Dilu started her enterprise, there has been a subtle shift in the way local people perceive artists and entrepreneurs in her community. Now people value artists and look up to them with much respect, adoration and aspire to be like them. Further, Dilu’s journey has even inspired a few other youngsters to follow their hearts and pursue their dream of starting their own business. With her humble and helping nature, she herself has become no less than a celebrity in her town with people showering her with love and affection and wanting to take selfies with her!

With OMG Zindagi’s phenomenal success, Dilu is now looking to nurture a thriving entertainment-based ecosystem in Sikkim in the next few years and hopes to cater to all the states of the North-East. She also wants to set a pioneering example in her community by showing people that apart from the secure and commonly trodden path of going for a government job, entrepreneurship can also be an alternate route for one to succeed. As for her venture, she wants to diversify her content offerings and wants to showcase the unique stories of many more interesting people from all walks of life. She also aims to emphasize on content-related fashion, travel, and tourism, and the attire, culture, and ethos of her home state Sikkim, in a bid to highlight the culture and lifestyle of her community to the world.