From Vatican City theme to Library: Lookback at most unique pandals this Durga Puja

Three persons have been arrested for allegedly...

Only purse, mobile phones allowed inside stadium: ACA secretary ahead of Ind-SA T20I clash in Guwahati

Ahead of the opening T20I game between...

Prime Minister Narendra Modi kept with tradition with his distinctive headgear as he hoisted the National Flag and delivered his customary address from the ramparts of the iconic Red Fort to mark the occasion of the country’s 76th Independence Day.
This year, which marks his ninth consecutive Independence Day address to the nation, the prime minister sported a white safa, which sported the tricolour’s motifs and a long trail.
Dressed in a traditional white kurta and churidar along with a powder blue shade jacket, the highlight of his outfit was the tricolour-themed headgear, which also kept up with the theme of the Azadi ka Amrit Mahatosav” celebrations.
Be it an election rally or any historic event, Prime Minister Narendra Modi, in his eight years tenure has not only appealed to the masses through his rousing speeches but has also caught the nation’s attention with his unique eye for fashion.
Looking at his distinctive taste for traditional turbans, kurtas, shawls and his signature style jackets, one cannot deny his suave style.
As the country marks 75 years of independence today, Modi once again won hearts with his outfit that has the ‘Make in India’ philosophy attached to it. 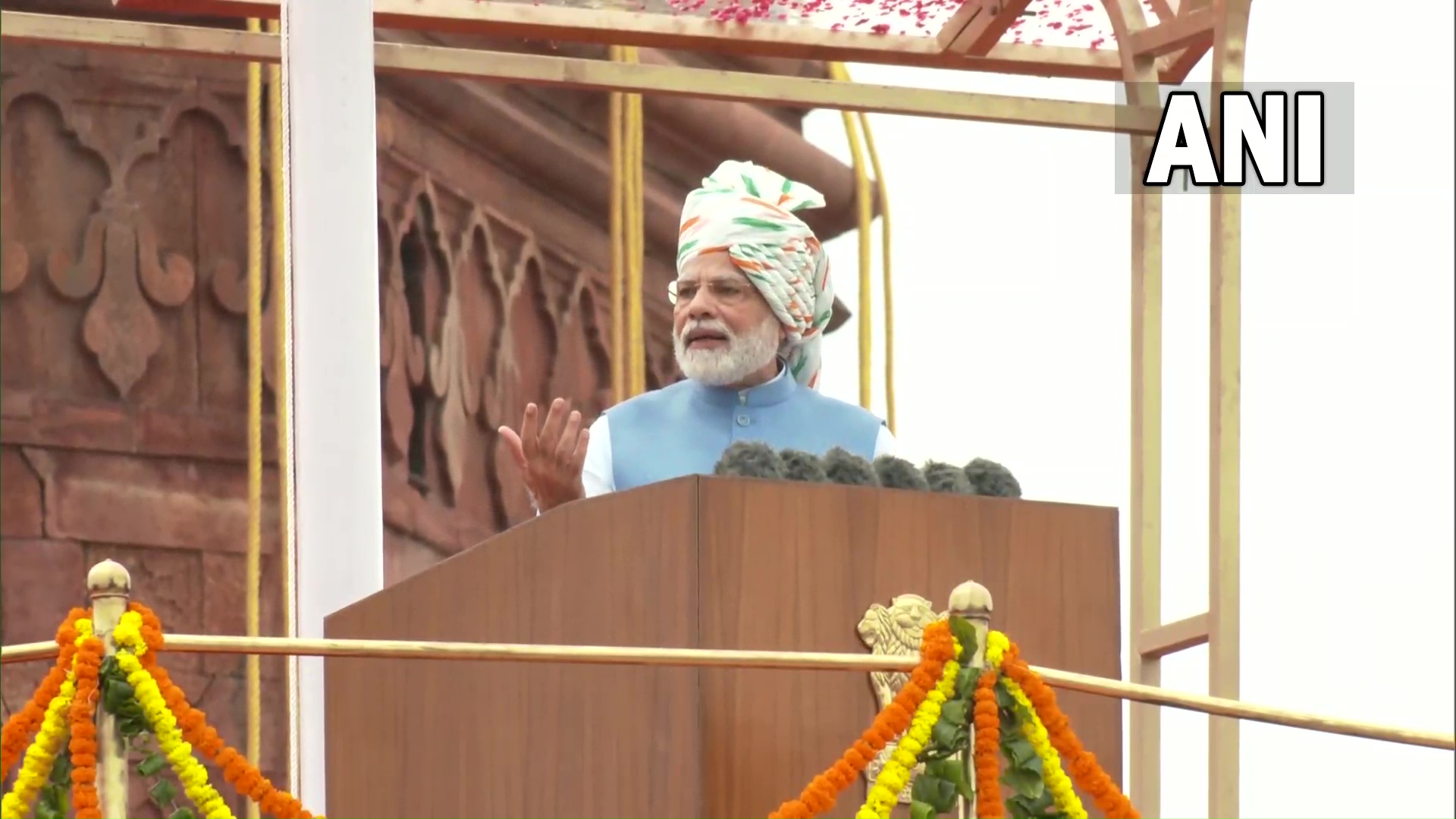 In tune with the ‘Har Ghar Tiranga’ campaign, Modi’s white pagdi truly evoked a sense of pride and patriotism among the citizens. 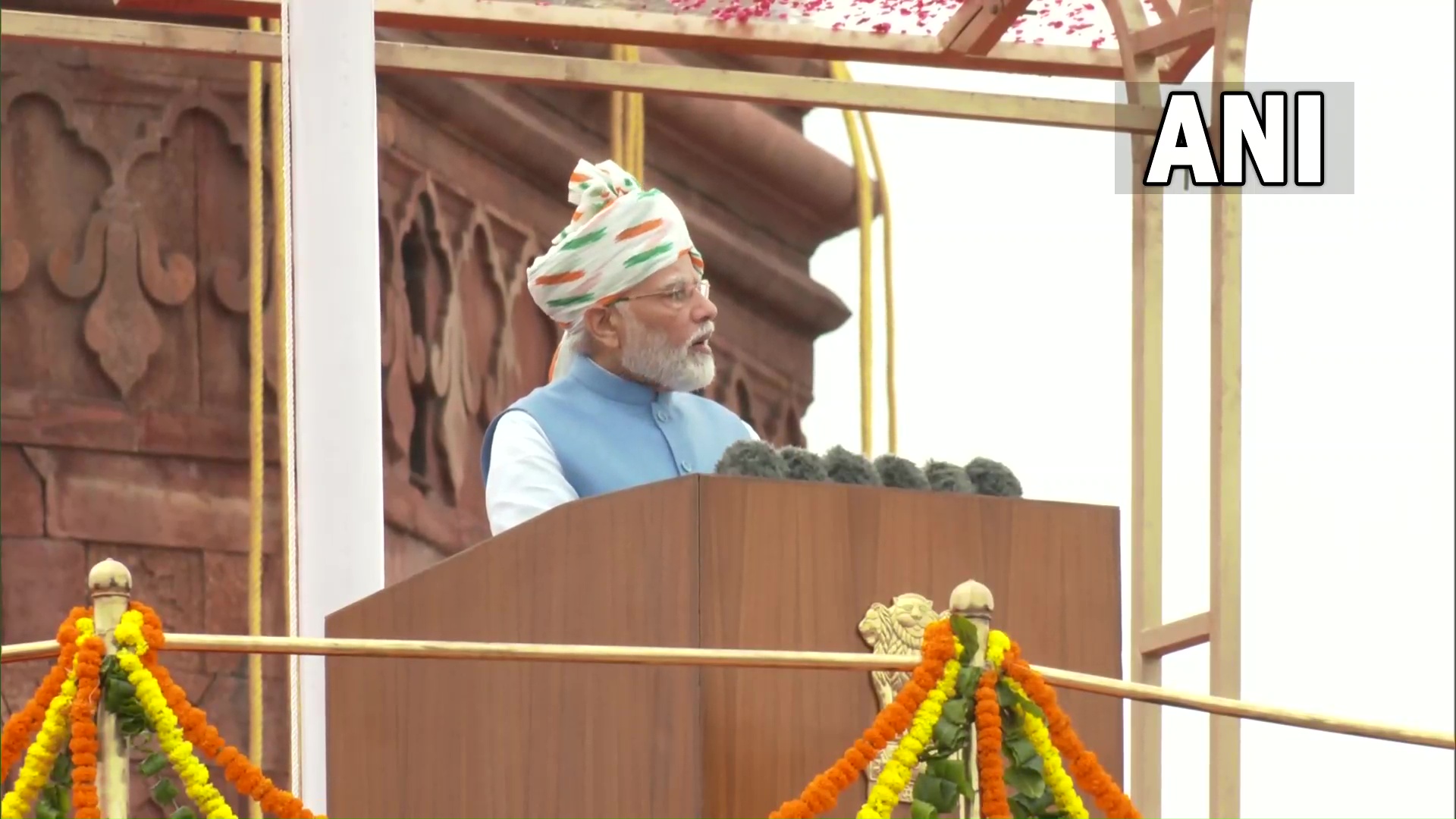 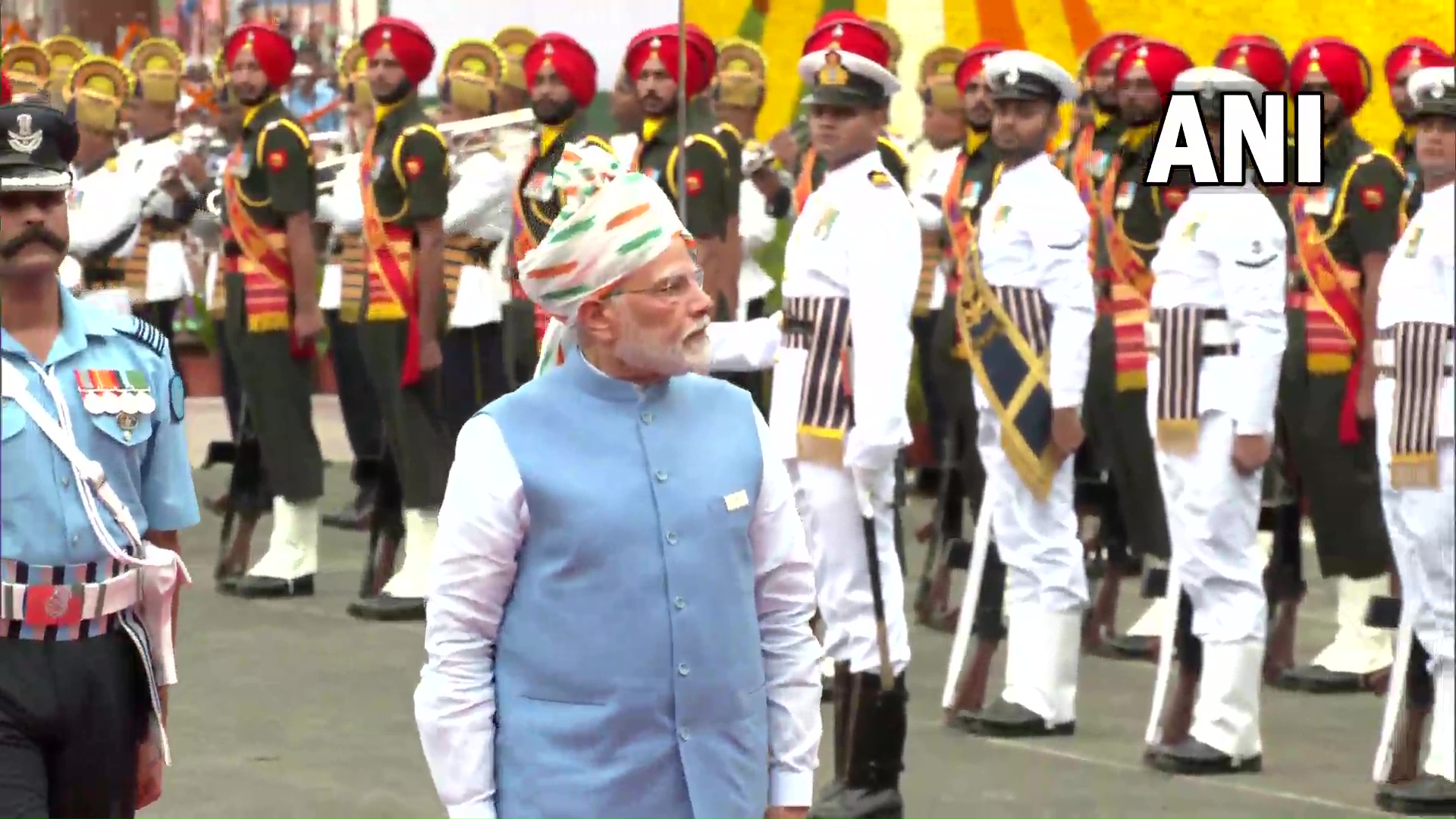 It’s always hard to take one’s eyes off Modi’s colourful, flamboyant Independence Day attires that hold great traditional significance. In the past years, too, Modi became the talk of the town with his Independence Day sartorial choices.
Let’s take a stroll down memory lane and have a glance at how PM Modi made a style statement with his meaningful fashion on Independence Day over the years.
2021 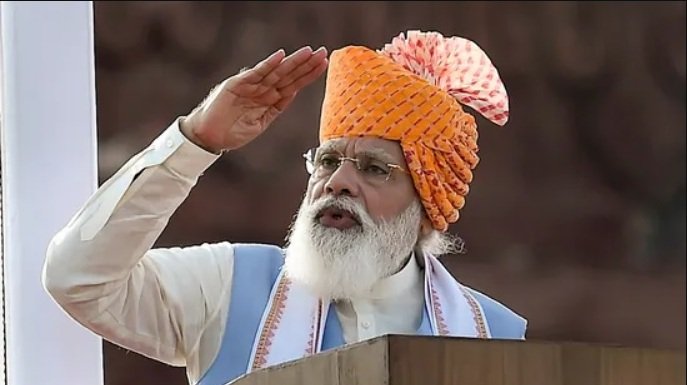 For his 8th Independence Day speech, Prime Minister Narendra Modi donned a saffron turban with red patterns and a long pink trail. He elevated his look with a traditional kurta and a churidar, a blue jacket, and a stole.

In 2020, Narendra Modi chose to wear a cream-coloured traditional kurta and churidar but what stood as the star of the attire was his orange and yellow safa (Rajasthani headgear) with a long trail.

Prime Minister Modi sported a white kurta with his red and orange leheriya turban that had a tinge of green.

In 2018, PM Modi kept it simple with a plain orange and red safa, with a long trail, and a white kurta. He teamed the ensemble with a black and white stole.

For his Independence Day 2017 look, Modi opted for a beige bandhgala kurta paired with a yellow-red turban with a long trail.

kurta along with a beige colour Nehru jacket. His turban had red and green stripes. Modi jacket’. His look featured an additional embellishment – a tri-coloured pocket square.

For his maiden Independence Day address as the Prime Minister, Modi opted for a Jodhpuri bandhej turban in bright red colour with green at the trail. He paired it up with an offwhite half-sleeved khadi kurta and a white-coloured signature taut churidar.
With a zeal and attitude to try out new things, the prime minister has always turned heads with his meaningful sartorial choices. (ANI)