Aamir Khan Posts A Thank You Note For The Other Thugs Of Hindostan And Team . 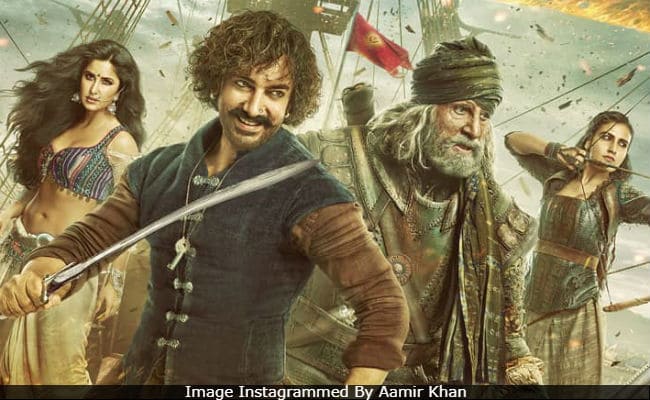 Thursday is very special for Aamir Khan, whose film Thugs Of Hindostan, also starring Amitabh Bachchan, Katrina Kaif and Fatima Sana Shaikh, hits the screens. On the eve of the film’s release, Aamir shared a thank you note for the entire team on social media and to the audience, he wrote, “I want to say that we have made the film with a lot of love and effort, and we hope that you enjoy it.” Thugs Of Hindostan, directed by Vijay Krishna Acharya, is Amitabh Bachchan and Aamir Khan’s first ever film together. “I want to express my gratitude to Mr Bachchan, who has always been an inspiration for me. Fatima, who is one of the finest co-stars I have ever worked with and Katrina, whom I absolutely love.”

To the film’s producer Aditya Chopra, Aamir said, “You are one of the finest producers I have ever worked with” and for director Vijay Krishna Acharya, he wrote, “A director who has always brought the best out me as an actor.” Thugs Of Hindostan marks Aamir’s second collaboration with Mr Acharya, who previously directed him and Katrina in Dhoom 3.

Thugs Of Hindostan is said to be the first Bollywood film to adapt the thugeee theme on big screen. Set in the 1795, the film follows the adventurous story of the thugs’ battle against the East India Company for free India.

For team Thugs Of Hindostan, Aamir wrote, “I want to thank all of you for a wonderful journey. A journey which has been so special and memorable for me. Tomorrow our film releases. We have no idea how successful it will be, but irrespective of the fate of the film, I want to thank you all for the fulfilling two years. I think we can all be satisfied that we have given our best.” He also thanked his wife Kiran Rao for always being the “pillar of strength.”

Ahead of its big release, Thugs Of Hindostan already reportedly earned Rs. 140 crore from the digital and satellite rights. It is said to be made on an ambitious budget of about Rs. 200 crore.