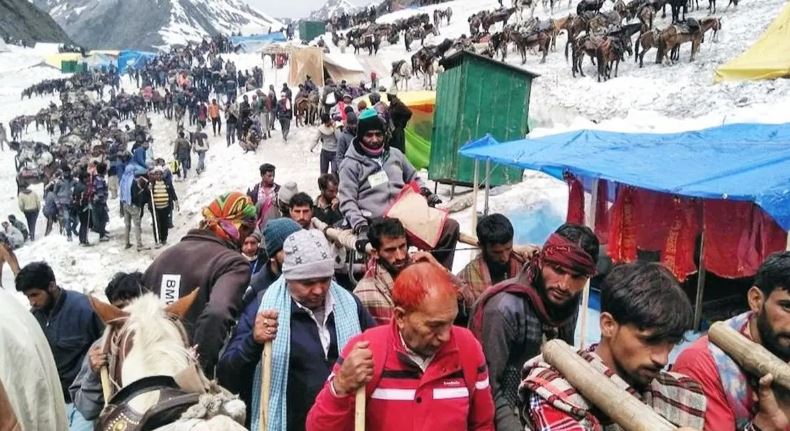 Amarnath Yatra has been temporarily suspended on Tuesday due to inclement weather.

Officials said no pilgrim was being allowed to move towards the holy cave from Pahalgam and Baltal route. So far, over 65 thousand pilgrims have paid obeisance at the shrine.

Amid tight security, the sixth batch of over 6,300 pilgrims on Tuesday left for the 3,880-metre-high cave shrine, officials said.

A total of 6,351 pilgrims left the Bhagwati Nagar Yatri Niwas here in a convoy of 239 vehicles, the officials said.

They said 2,028 pilgrims heading for the Baltal base camp were the first to leave in 88 vehicles around 3.35 am followed by the second convoy of 151 vehicles carrying 4,323 pilgrims for the Pahalgam camp in Kashmir.