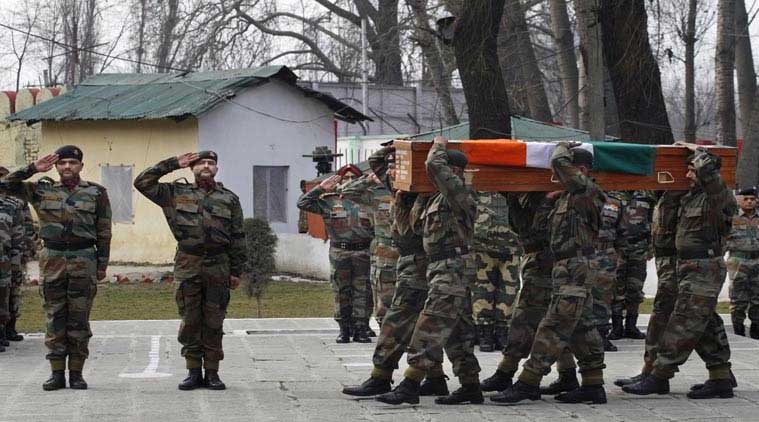 A major and three soldiers, besides a civilian, were killed in a gunfight in Jammu and Kashmir’s Pulwama district barely 10 km away from the suicide attack spot, police said on Monday.

“Five people were killed in the gunfight that took place on Sunday night in Pinglena village,” an officer said. The victims include an Army officer, while the civilian has been identified as Mushtaq Ahmad.

The gunfight started late on Sunday after security forces, including the Rashtriya Rifles (RR), Special Operations Group (SOG) of the state police and the Central Reserve Police Force (CRPF), surrounded the village following a tip off that Jaish-e-Muhammad (JeM) terrorists — the same group that carried out the February 14 attack leaving a toll 49 troopers — were hiding in the area.

“As the cordon was tightened, the holed-up terrorists fired triggering the gunfight. Firing exchanges have again started at the encounter site,” the police added.