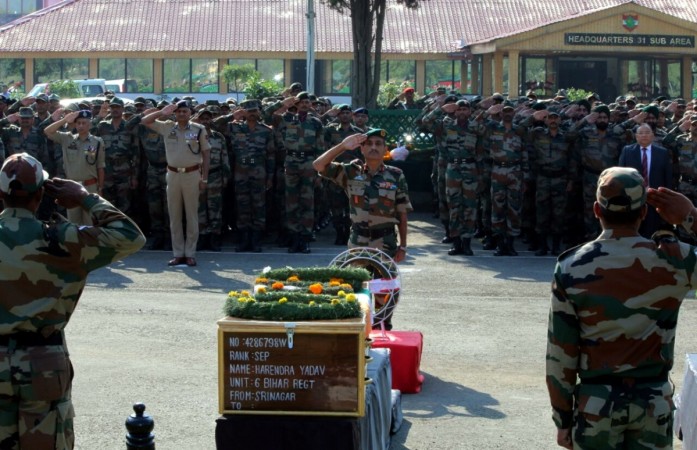 An Army officer was killed on Saturday while defusing an Improvised Explosive Device (IED) which had been planted by terrorists in Laam area in the Naushera sector, Rajouri district, in Jammu and Kashmir, official sources said. A soldier was also injured in the blast.

The IED was planted 1.5 km inside the Line of Control.

The officer, a Major, belonged to the army’s corps of engineers.

The officer’s death comes amid national outrage over the Pulwama suicide bombing that killed 40 CRPF jawans on Thursday.

Sources said the officer and soldier, who were out on patrol, had spotted freshly-dug soil on the dirt track.

“They were checking the spot when blast took place which caused the death of officer and injured a soldier”, said sources.

The improvised explosive device appears to have been planted recently by elements from across the Line of Control, sources said. They said this was a common modus operandi adopted by Pakistan-based terrorists to target Indian security forces deployed along the border.