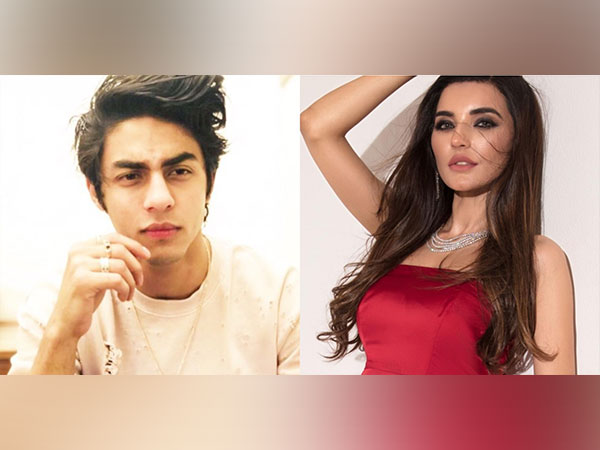 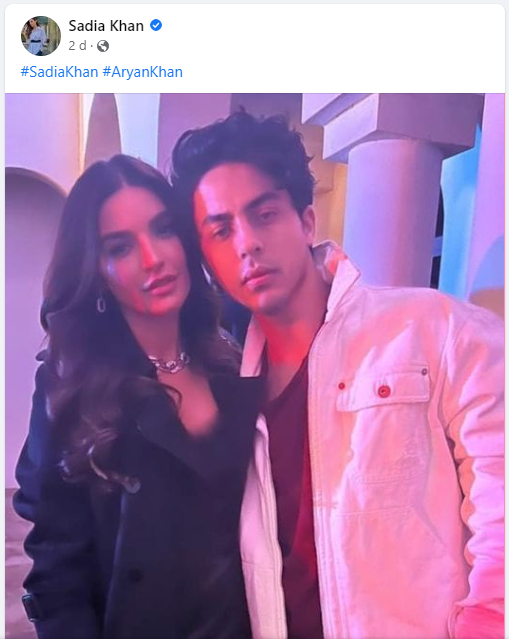 In the picture, Sadia is seen in a black dress with a statement necklace while Aryan looked dapper in a red t-shirt styled with a white jacket.
Soon after Sadia shared the picture, netizens were curious whether Aryan is currently dating the Pakistani actor.
Recently, there were rumours that Aryan is dating actor and dancer Nora Fatehi after a fan posted a picture separately with both celebs from the same venue.
Meanwhile, Aryan Khan is all set to mark his directorial debut soon.
He recently announced on social media that he has completed writing the script of his debut project and will soon begin the shooting.
“Wrapped with the writing…can’t wait to say action,” he captioned the post.

Sadia is known for Pakistani Tv serials such as ‘Khuda aur Mohabbat’, ‘Shayad’, ‘Maryam Periera’, and ‘Yariyan’ among others. (ANI)