The Holy Month of Ramzan will begin in Assam from Monday night as the crescent is sighted.

The Hilal Committee announced that the holy month of Ramzan will begin from Monday night and the first Roza or fasting will be observed on Tuesday.

There will be four Fridays in this year’s Ramzan. The Shab-e-Qadar, one of the three holy nights, will fall on June 1 (Saturday night) and the Jumatul Vida, the last Friday of Ramzan, will be celebrated on May 31. 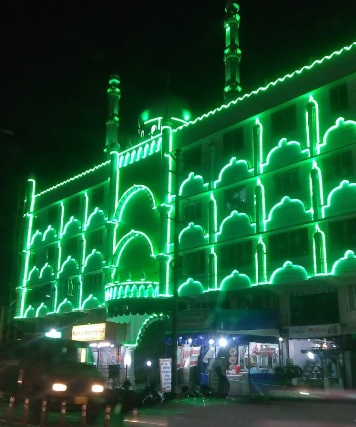 Similarly, the management committees of different mosques have made arrangements for the conduct of Taraveeh prayers. Arrangements have also been made at several places for Simaat-e-Quran, the congregations where holy Quran is recited.

It may be mentioned here that the holy month of Ramzan has begun in the Arab countries on Sunday night and the first Roza was observed on Monday across the Middle-East.

Cotton University admissions to start from next week