Residents of Koyul village in Leh district along the Line of Actual Control were shown banners by Chinese “in civilian clothes” last week during their celebrations to mark the birthday of Dalai Lama, South Block sources said.The sources said the Chinese, however, did not cross the LAC but showed banners that read “ban all activities to split Tibet”.

Sources told, 11 Chinese in 2 vehicles halted on their side close to LAC and were there for forty minutes. They say it could be a reaction to the Tibetan flag being waved in Koyul village near Demchok in Eastern Ladakh.

The government regularly takes up any transgression along the LAC with the Chinese side through established mechanisms including border personnel meetings, flag meetings, etc. These mechanisms have proved to be effective in management of India – China border areas. 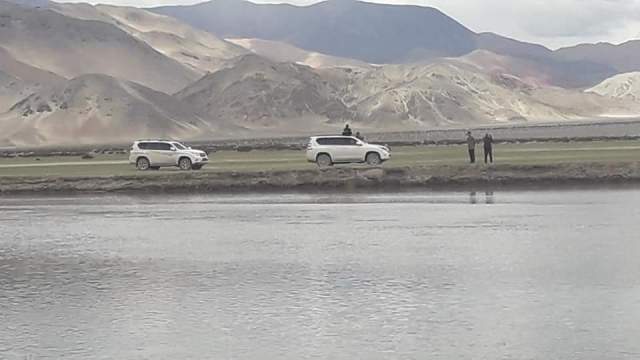