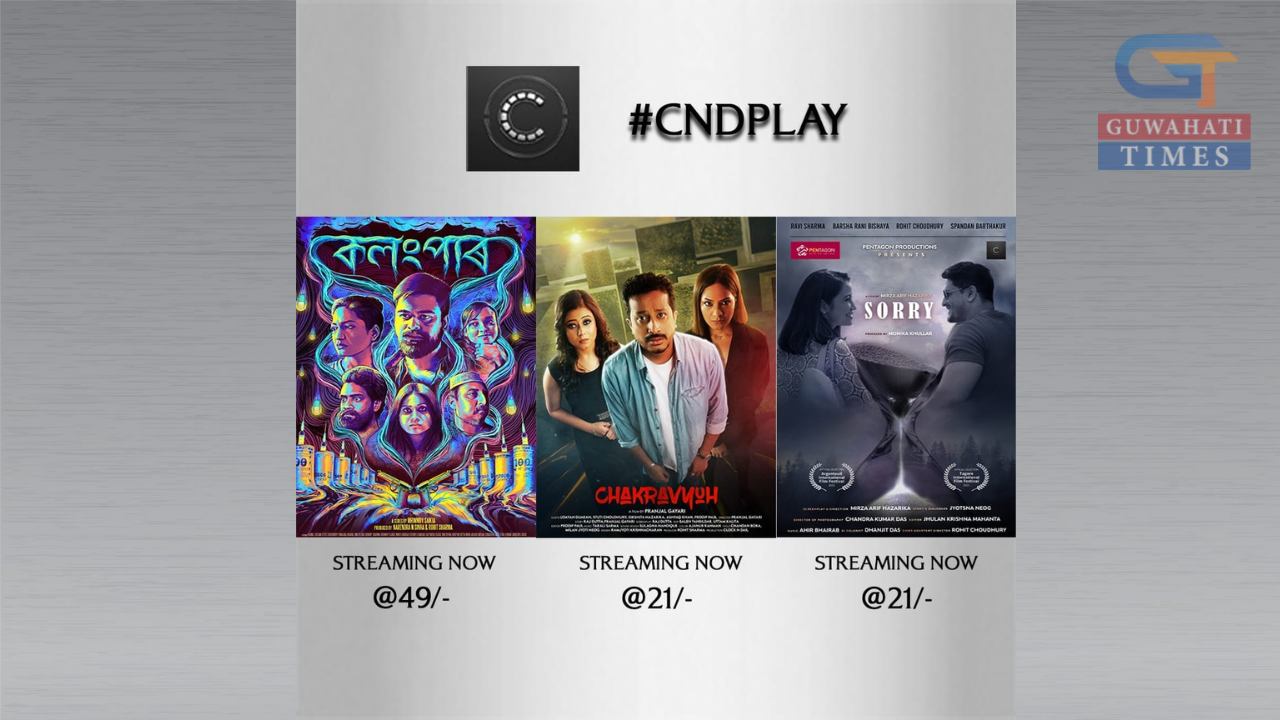 CND Play currently has Series like Kolongpar, Kritikal Kouple,Good bye Anthony short film Chakravyuh , Nimila Anko 2, Ripe Mangoes and has many more movies lined up in coming days. CND play is a digital theater where movie lovers do not have to pay a subscription cost for the entire platform but they just can watch a movie of their own choice by paying for that particular movie.

Founder of the platform Rohit Sharma on the occasion said, “We are very happy to grab the official streaming rights of “Sorry”. The story of the short film is very realistic and everyone can connect to their day to day life, I am quite sure people will love watching it on our platform.”

“CND play was introduced with a motive to promote local talents and give them a platform to promote their creativity. We also invite all the film makers to join us and collaborate to take the platform to a different level”, he added.

Rohit Sharma on the occasion has also thanked his Family Members along with Nishant Sharma,Prateek Mangal, Rajesh Nasha, Atul Joshi & all well wishers for supporting him during the entire journey of building the platform.

CND play is also coming up with a feature film Black N White which will be in theaters on 24th of February 2023. Black N White has already officially launched 3 songs of the movie and the official trailer will be launched soon.

He also said that CND PLAY has a proper support system (in-app) if anyone finds any difficulty while purchasing/activating ticket,so that everyone can enjoy the content which they have purchased.