The 28-year-old actor posted an alluring picture on her Instagram handle in which she is seen posing in a cheetah print bikini. In the picture, amid the picturesque view of the exotic location, Disha is seen covered in sand, as she posed for the camera with the bright sun in the background.

The ‘Malang’ star looks sultry as her hair waves in the air while soaking the sun. In the backdrop are a clear blue sky and the beach.

Disha posted a bright sun emoticon in the caption of the post that garnered more than 1 million likes including one from her rumoured beau Tiger Shroff’s sister Krishna within a few hours of being posted. In awe of the beautiful picture, fans left red hearts and lovestruck emoticons in the comments section.

Taking to her Instagram story, the actor shared a short video of her getaway and alongside the video, she wrote: “blessed”. 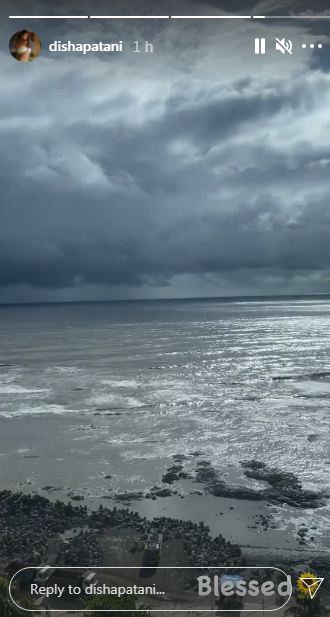 Speaking of her work projects, Disha, who was recently seen sharing screen space with superstar Salman Khan in ‘Radhe’, will be next seen in ‘Ek Villain Returns’. The film is a sequel to the 2014 hit film ‘Ek Villain’ starring Sidharth Malhotra, Shraddha Kapoor and Riteish Deshmukh. (ANI)