‘Doors are open for AGP if it wants to return to NDA fold,’ says Assam finance minister Himanta Biswa Sarma 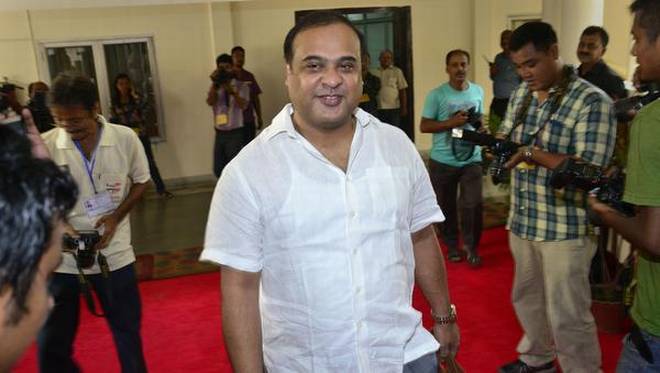 Assam finance minister Himanta Biswa Sarma is often described as the chankaya of the northeast who helped the Bharatiya Janata Party (BJP) stitch up unlikely alliances in the region to achieve its Congress-mukt northeast (Congress-free northeast) mission. Sarma, 49, spoke to Kumar Uttamover the Asom Gana Parishad’s (AGP) decision to withdraw support to the Assam government over the contentious Citizenship Bill, which seeks to give citizenship rights to non-Muslims from Bangladesh, Pakistan and Afghanistan, and the likely impact of this issue on the 2019 Lok Sabha elections. Edited excerpts:

The Asom Gana Parishad (AGP) has decided to walk out of the government in Assam. Is it a setback to the BJP?

Assam recently had panchayat elections. The AGP made the Citizenship Bill an issue in that election. When results came, the BJP got 270 zila parishad seats and the AGP got 11 or 12. There was a tussle between us during the panchayat election, and since then there was an uneasy situation. We knew that the AGP will not remain in the alliance. They walked out of the alliance on the issue of the Citizenship Bill, but our approach is that we will not be hostile to them. We will welcome them if they want to return to the NDA (National Democratic Alliance). The BJP won former chief minister Prafulla Kumar Mahanta’s seat. We won all four zila parishad seats in AGP president Atul Bora’s area. We also won four seats in the area of their working president Keshav Mahanta. It is not an electoral setback. But, yes, it is an emotional setback for us, because they were friends, and by and large our ideological line was the same. I am more emotionally upset, rather than electorally.

Are you still keeping doors open for the AGP?

There are some natural alliances in this country, like that of the BJP and the Akali Dal. Irrespective of electoral results, they are natural alliances. With changing demography in Assam, we feel that the BJP should work with the smaller tribal parties of Assam and the AGP to maintain the social equilibrium. What electoral impact these parties have is a different matter, but it (such an alliance) is needed for the social equilibrium. In Assam, we call it a rainbow alliance of tribal parties and the AGP. We will never close the doors for the AGP. Because we do not want a single division of the indigenous Assamese in the name of party, caste or group. All indigenous Assamese, people of Indian origin and tribals should unite to fight the demographic invasion that has happened in Assam.

But the AGP’s main charge is that the Citizenship Bill will disturb the social equilibrium in Assam and other northeastern states. How do you respond to that?

They (AGP leaders) are emotional. When we talk of social equilibrium, the AGP thinks that purpose is served with only mainstream Assamese, and we should only serve the interest of the mainstream Assamese. Of course, it is our responsibility to stand with the indigenous Assamese. When we include tribals, this social alliance does not cross 35%. So, people of Indian origin — or in our political language those who consider India as their mother — should be added to the social equilibrium. But the AGP is not ready to accept this reality. The mindset of their leadership is stuck in the days of the Assam agitation. When I used to speak to AGP leaders, I would tell them that Assam has changed and if you stand only by indigenous Assamese, then you cannot fight demographic invasion. We want alliance at the society level. The AGP does not understand this today, but they will realise this in days to come. They will take a pragmatic view.

The protest is not limited to the AGP alone. Even the Meghalaya chief minister has expressed reservations. Will it have any impact on the BJP-led North East Democratic Alliance (NEDA)?

It is not Meghalaya chief minister alone. The Manipur chief minister belongs to our party, and he has some reservations. Arunachal Pradesh chief minister, too, has some concerns. The issue is that these tribal states do not want any demographic change — whether from Hindus or Muslims. They want to protect their tribal culture. Meghalaya CM has reservations because of that. But in a democracy, we need to appreciate that reservation. NEDA was formed to merge the diverse opinions, not to fight conflict with conflict. We want to accommodate conflict. I don’t think NEDA has any impact politically. But, we appreciate the compulsion of Meghalaya CM. In your state you have this position, if you take a cabinet resolution, you agitate against the bill or you protest through democratic norms, we will appreciate it. We should not take it as a confrontation. Politically, the Meghalaya alliance is stable. There is no negative impact.

The Manipur CM has asked for certain exception for the state in the bill. Is there scope for it?

They are reacting more on an emotional basis. The students’ organisation in Assam influences such bodies in other northeastern states. There is an effort for a negative projection of the bill in Assam, and its impact is showing in some other parts of the northeast. I feel this bill will impact Assam, Tripura…but Meghalaya and Manipur has no major impact. If the Centre can accommodate views of Meghalaya and Manipur, we do not have any problem. Manipur CM has met home minister Rajnath Singh and we would like that Meghalaya CM also meets him. If Manipur has 2,500 Bengali Hindus, Rajnath Singh has said the Centre can incentivise them if they want to move to any other state of the country. The Centre will try to see to it that entire burden does not come to northeastern states alone and is distributed to other states too.