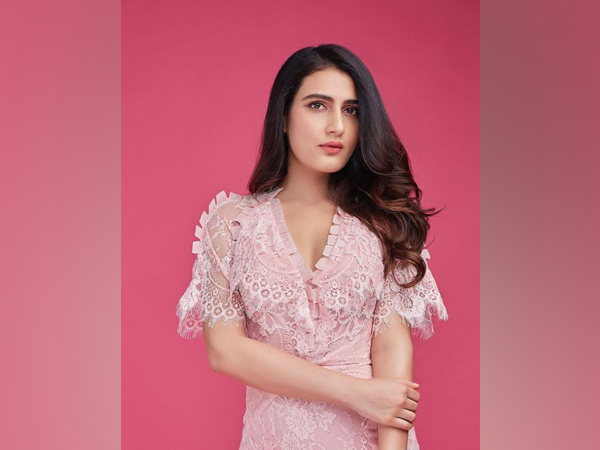 By Jenifer
March 5, 2021
Bollywood actor Fatima Sana Shaikh is set to star in the Hindi adaptation of the 2017 Tamil hit film ‘Aruvi‘.

Indian film critic and trade analyst Taran Adarsh shared the news on his Instagram handle. He also revealed that the film is not titled yet and is scheduled to go on floors in mid-2021.

He wrote, “FATIMA SANA SHAIKH IN #TAMIL REMAKE… #FatimaSanaShaikh to star in #Hindi adaptation of #Tamil film #Aruvi… Directed by E Niwas… The film – not titled yet – is produced by Applause Entertainment and Faith Films [Viki Rajani]… Filming begins mid-2021.” 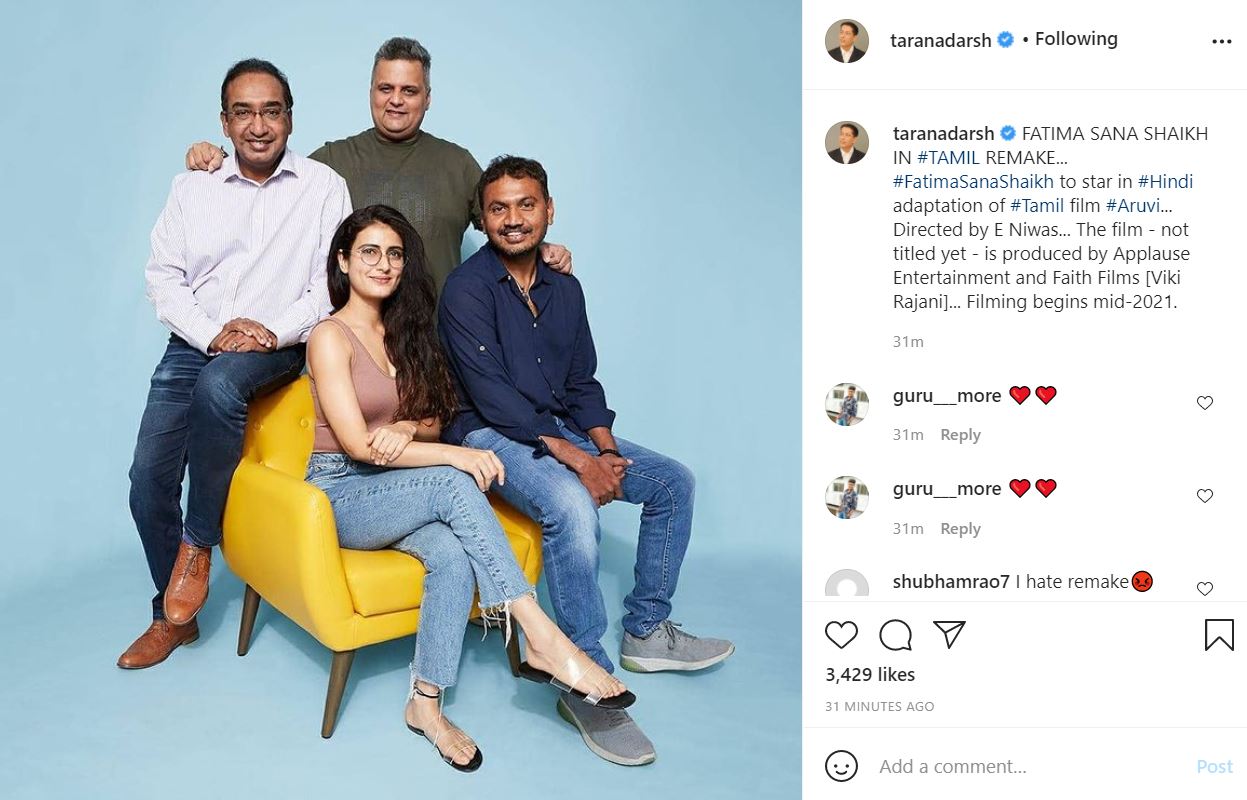 The film will be helmed by filmmaker E Niwas, who is a recipient of the National film award for ‘Shool’ (1999). The upcoming movie will see Fatima portraying a fiery, eponymous character made memorable by Aditi Balan in the Tamil original. The film is being produced by Applause Entertainment and Faith Films.

Speaking about the forthcoming movie, Fatima said, “I am so thrilled to do the remake of Aruvi and really looking forward to diving deep into the skin of the character. I am really glad that Applause Entertainment and Faith Films have come together with E Niwas to make this great content and I am really excited to embark on this journey.”

E Niwas also commented on the film and said, “Aruvi is not just a story of a hero. It’s a triumph over the labyrinths of life. It’s totally euphoric and a privilege to explore one of the most beautiful cinematic characters I have come across. Fatima Sana Shaikh is an absolutely befitting choice, and I am super excited to collaborate with Applause Entertainment and Faith Films.”The upcoming remake will mark Applause Entertainment’s first collaboration with Faith Films.

Talking about the new project, Sameer Nair, CEO, Applause Entertainment, said, “Equally funny and ferocious, Aruvi is a provocative, feminist social satire that stunned us when we first saw it. We were drawn in by its unconventional narrative, deftly balancing its black comedy leanings, with the beats of a tautly executed thriller. We’re excited to collaborate with Faith Films, E Niwas, and Fatima Sana Shaikh in the retelling of this audacious film for a national audience.”

In a similar vein, Viki Rajani, founder of Faith Films, said, “We are thrilled to be backing a story as strong and gritty as Aruvi. The original film was a game-changer and yes, there is a lot of pressure on us but we have an incredible team. We really look forward to our collaboration with Applause Entertainment. We are happy to have E Niwas helming the film and Fatima Sana Shaikh starring in it.”

‘Aruvi‘, which released in 2017, garnered huge critical acclaim and went on to become a massive box office success. The social satire also went on to widely travel across prestigious film festivals, winning accolades and cult status along the way.

Lauded by viewers and critics alike, ‘Aruvi‘ was the rare commercial entertainer that also held a mirror to society, with its sparkling commentary on consumerism and misogyny, among other prevalent issues. As a character, Aruvi was heralded as a progressive, post-modern symbol of feminism, and her radical journey through the film was a spellbinding, sucker punch to the gut.

The film followed the story of Aruvi, a middle-class girl, who was thrown out of her house after her family accused her of having brought shame on them. Later, as she tries to survive on her own, she must overcome several challenges. (ANI)