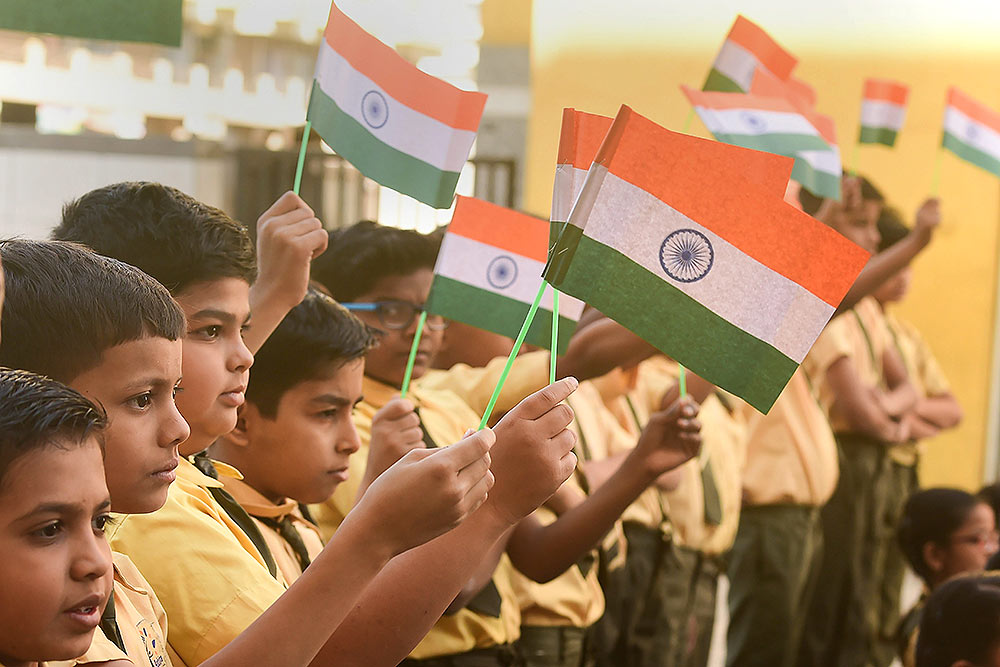 Film fraternity members from across the country have sent out a message saluting the courage displayed by Indian Air Force (IAF) pilot Abhinandan Varthaman after he was captured by Pakistan when his MiG-21 crashed in that country.
Here’s what the celebs said on Abhinandan, who returned to India on Friday.
* Celina Jaitley: I am the fourth generation in a family dedicated to the armed forces… My family has given blood to our nation. I speak from my heart. While this sensible gesture of Mr. Imran Khan is truly appreciated, also expected certainly is a genuine commitment to hunt down all militant group heads for the benefit of both sides. We
owe an immense debt of gratitude to soldiers who have paid the ultimate price for this cause, as well as for those who are blessed enough to return from the battlefield unscathed, they alone must suffer and bear the deepest wounds and scars of war.

Abhinandan brought us all together as Indians, we have to remember to be that and not turn into Hindu, Muslim, Dalit, Christian or Kashmiri. Our forces’ sacrifice demands that we stand behind them as “one”.

* Swara Bhaskar: Abhinandan is a hero. His calm, dignified, gracious responses and courage in the face of capture are inspiring and his stoic, well-mannered conduct hark back to the best traditions of the armed forces. Very glad that he is back home safe.

* Yash: Very happy that he is safe… Our country got to witness the bravery of our soldiers. I salute them because they showed that they bleed tricolor no matter which soil they are on. India is in safe hands. Jai Hind.

* Nimrat Kaur: Extremely elated and completely in awe of his grit and unfathomable heroism. I salute him not only as an Indian but also as a fauji’s daughter. It was gut-wrenching to imagine all that he went through.

* Prosenjit Chatterjee: So, so happy and proud of him. He is a real hero.

* Vani Tripathi Tikoo: Welcome back Abhinanadan. You held your own despite the odds. Jai hind.

* R. Madhavan: I am so so relieved and glad. From the brink of death to a unforgettable national hero, his journey in the last three days is epic. I feel so happy for his family and grateful that all efforts bore fruit for his safe return.

* Sundeep Kishan: Proud…the line ‘I m not supposed to tell you that’ is the most heroic line I have heard in the longest time…true blue heroism…salute his bravery.

* Adivi Sesh: It means a lot for him to be able to come home. To actually be behind enemy lines while still showing the grace and poise he did, it’s not just blind courage. If you think of it, its courage in the face of what might have been certain death.

* Jaya Bachchan: He is a true hero. Makes us proud.