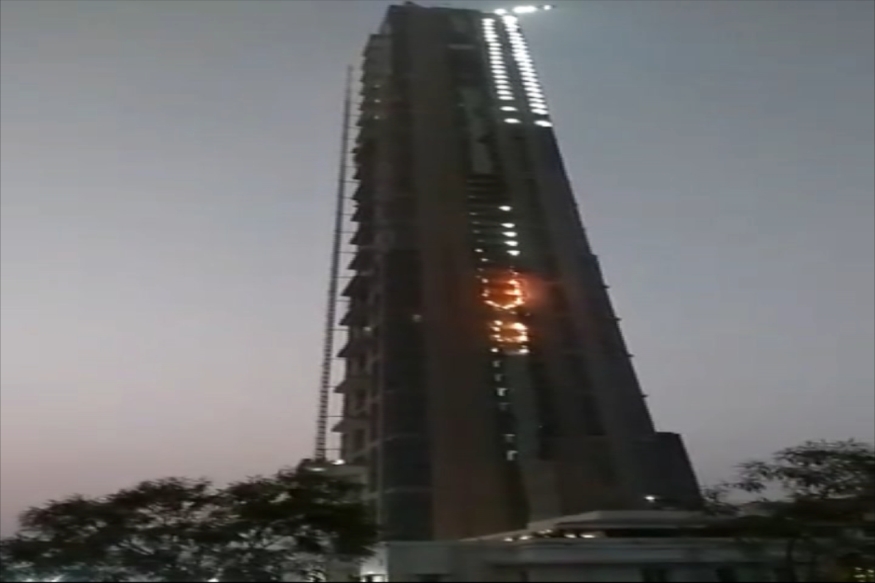 A fire broke out at The 42, an under construction building that is billed as the tallest structure in Kolkata, on Saturday evening.Three fire engines were dispatched to douse the flames that were first noticed a few minutes after 5 pm. Located on arterial Chowringhee Road in south Kolkata, it is the tallest structure easily recognisable from any part of the city. The 879-feet structure accommodating 63 floors is supposed to be one of the tallest residential buildings in the country.

The flames spread to 52nd and 53rd floor. “The fire spread from the nets. The flames have been brought under control,” said JagMohan, director general, fire and emergency services at 6 pm from the spot. Kolkata mayor Sovan Chatterjee and fire services minister Sovan Chatterjee rushed to the spot. “Welding work was going on to install outdoor units of air conditioner machines. Sparks from the welding might have triggered the fire. However the nets should have been made of fire proof material,” said Chatterjee.

“I looked up and saw safety nets strung outside the floors up in flames,” a security guard on duty at the ground floor told a TV channel. However, no construction worker was reported to be inside the structure. Construction work at the site began in 2008.