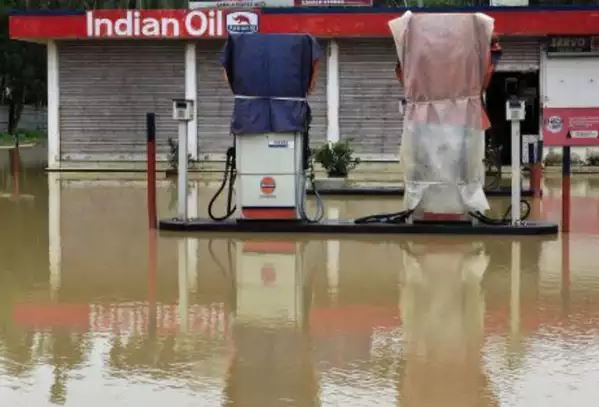 The flood situation in Assam deteriorated on Tuesday with five more people losing their lives and 24.92 lakh people suffering in the deluge, officials said.

Most parts of Silchar in Cachar district continued to remain under water — over a week now, they said.

Three people died in Cachar and one each in Morigaon and Dhubri. With these deaths, the toll in this year’s flood rose to 139, they added.

Three people were also missing — two in Cachar and one in Chirang district, according to the Assam State Disaster Management Authority (ASDMA).

Brahmaputra, Beki, Kopili, Barak and Kushiyara were flowing above the danger marks, while waters were receding in most other rivers.

Chief Minister Himanta Biswa Sarma visited the severely-affected districts of Bajali and Barpeta during the day and interacted with the affected people.

In Bajali, he inspected a breached embankment at Kuruwa in Patacharkuchi and the flood situation at Charalpara Nayapara in Bhabanipur, besides visiting two relief camps.

An amount of Rs 9 crore has been sanctioned for strengthening the embankment of Pahumara river and the construction of a road on it, he announced.

In the worst-hit Barpeta district, Sarma visited three relief camps and assured the people that steps will be taken for dredging Harijan river.

A team of the National Health Mission (NHM), led by its Assam Mission Director MS Lakshmi Priya, also visited the city to ensure proper medical facilities for the affected people.

Medical officers and paramedical staff have been deployed and health camps started in the different relief centres for the prevention of diseases, a statement issued by NHM said.

A total of 7,212 people were screened during the day, and those found to be very sick were sent to hospital.

Work is underway to repair the damaged dyke at Bethukandi, which led to the flooding of the city, Jalli said.

A total of 2,389 villages in 72 revenue circles have been affected across the state, while 1,76,201 people have taken shelter in 555 relief camps, according to the ASDMA.

Floodwaters have damaged 155 roads and five bridges, while seven embankments were breached — five in Hailakandi and two in Bishwanath, it said.

Largescale erosion was reported from Chirang, Dibrugarh and Hailakandi districts, among others.

Two landslides were reported from Karimganj and Lakhimpur but there was no casualty.