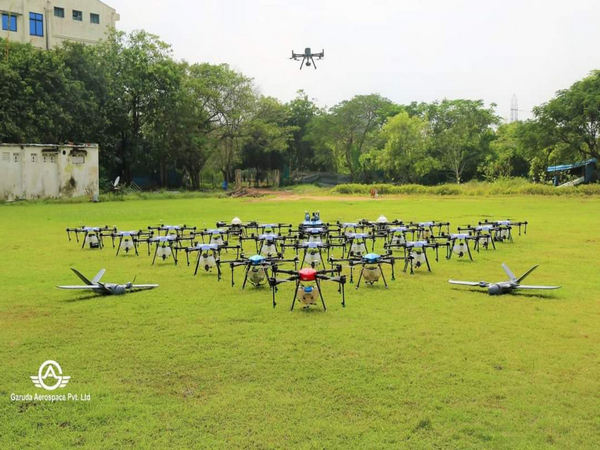 The Type certification was introduced by the government of India in August 2021 under Drone Rules and the historic dual DGCA approval validates Garuda’s tag of being India’s most valuable Drone startup.
MS Dhoni has invested in a company that manufactures drones and supports the agriculture ecosystem in the country. Dhoni has been involved in various industries such as clothing, alcohol and agriculture. He is currently under contract to invest in drones as well that too for agriculture.
Having been awarded Type Certificate for the GA-AG model, Garuda Kisan Drone is now eligible for Rs 10 lakh unsecured loans from Agri Infrastructure Fund at a 5 per cent interest and 50-100 per cent subsidy from the Government of India. Priced at Rs 4.50 lakh, “Garuda Kisan Drone is India’s most affordable advanced automated Agri Drone which has DGCA-approved Type Certification in the under 25kg small category. ICAR, KVKs, FMTTI, Ministry of Agriculture and Farmer welfare, and several other Government Agriculture bodies will now have an option of procuring high-tech Made in India Drones manufactured by Garuda Aerospace,” company statement read.
Garuda company is hopeful that this will lead to creating job opportunities for the youth in the near future and a vision of training 1 lakh drone pilots in the next two years.
Former India captain Mahendra Singh Dhoni has invested and is also the company’s brand ambassador. Dhoni has recently launched a drone named ‘Droni’. Garuda Aerospace boasts of a drone fleet of 400 drones and a well-trained team of over 500 pilots across 26 different cities. Garuda Aerospace has been termed India’s most valuable startup and expects to be India’s first drone Unicorn startup in the near future. (ANI)