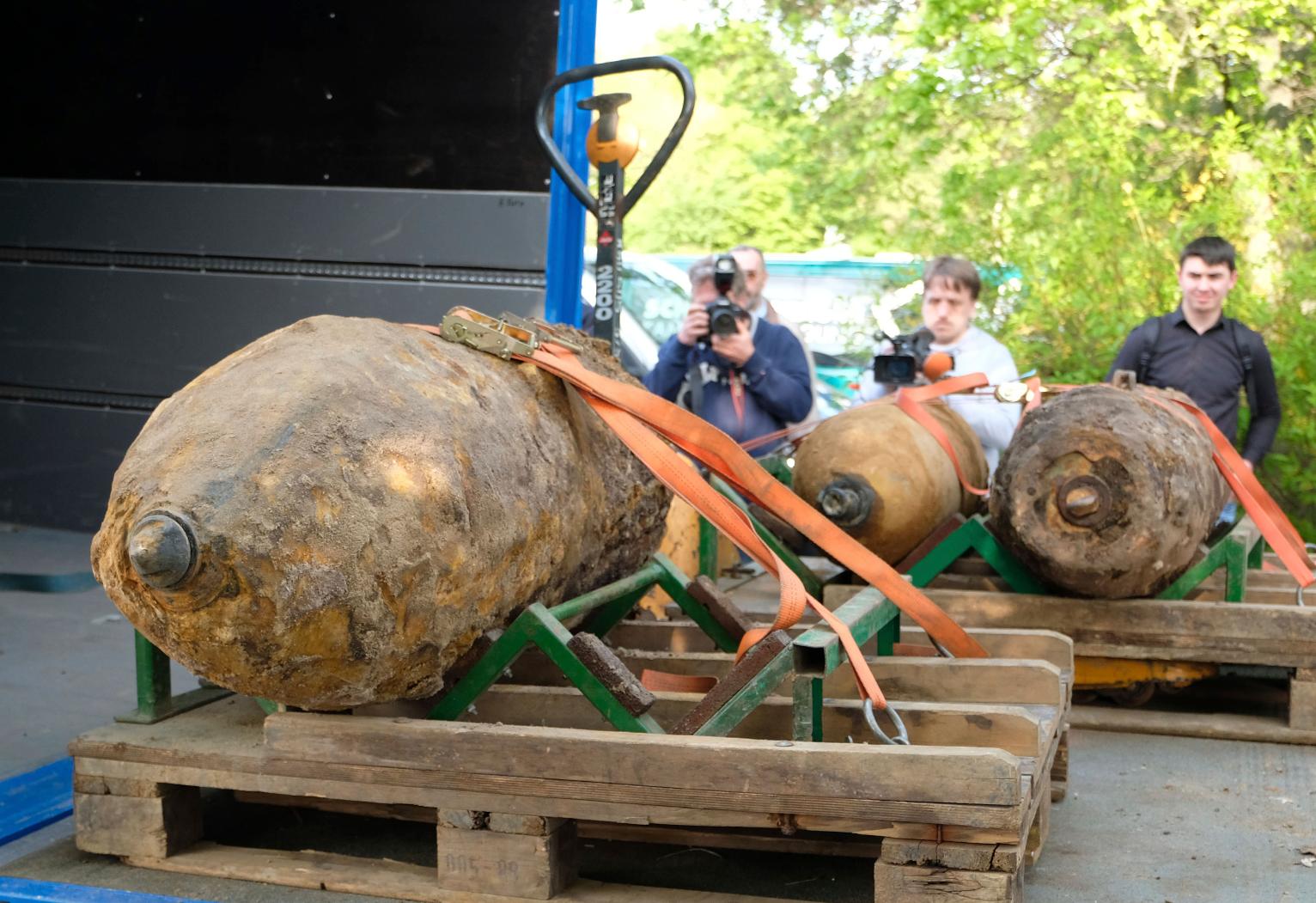 German police and firefighters are clearing a section of Frankfurt around the convention center to defuse a World War II-era bomb that was discovered during recent construction work.

Authorities say some 2,700 people are being asked to leave their homes as they cordon off the area as a precaution to defuse the 500-kilogram (1,100-pound) bomb. Buses and trains through the area were also shut down and bomb experts were expected to get to work on the bomb about noon Friday.

They say they hope the work will be finished by around dinnertime.

Even 75 years after the end of the war, such finds are still relatively common in Germany.