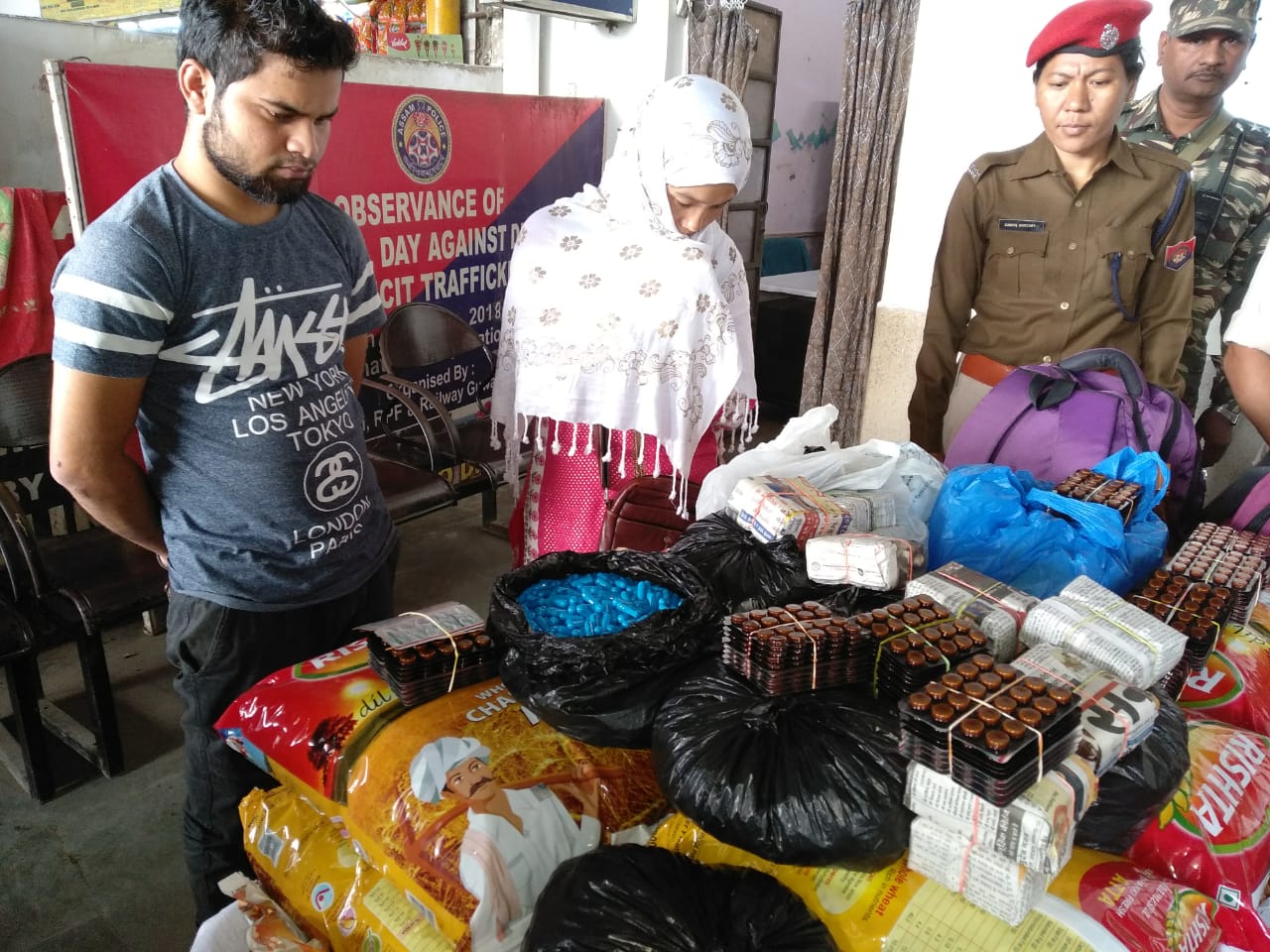 The government railway police (GRP) arrested two persons in a drug peddling case from the city railway station during a checking drive here on Friday. The accused have been identified as Rehana khulakpam from Manipur and Astul Haque from Nalbari.

Investigating officer said that working on a tip-off, specials checks were carried out by the crime investigation wing of the GROUP on all platforms of the railway station. Total 1,02,000 numbers of SPM-PRX capsules & 7,500 numbers of Nitrazepam Tablets were recovered from them which they carried in 3 bags.