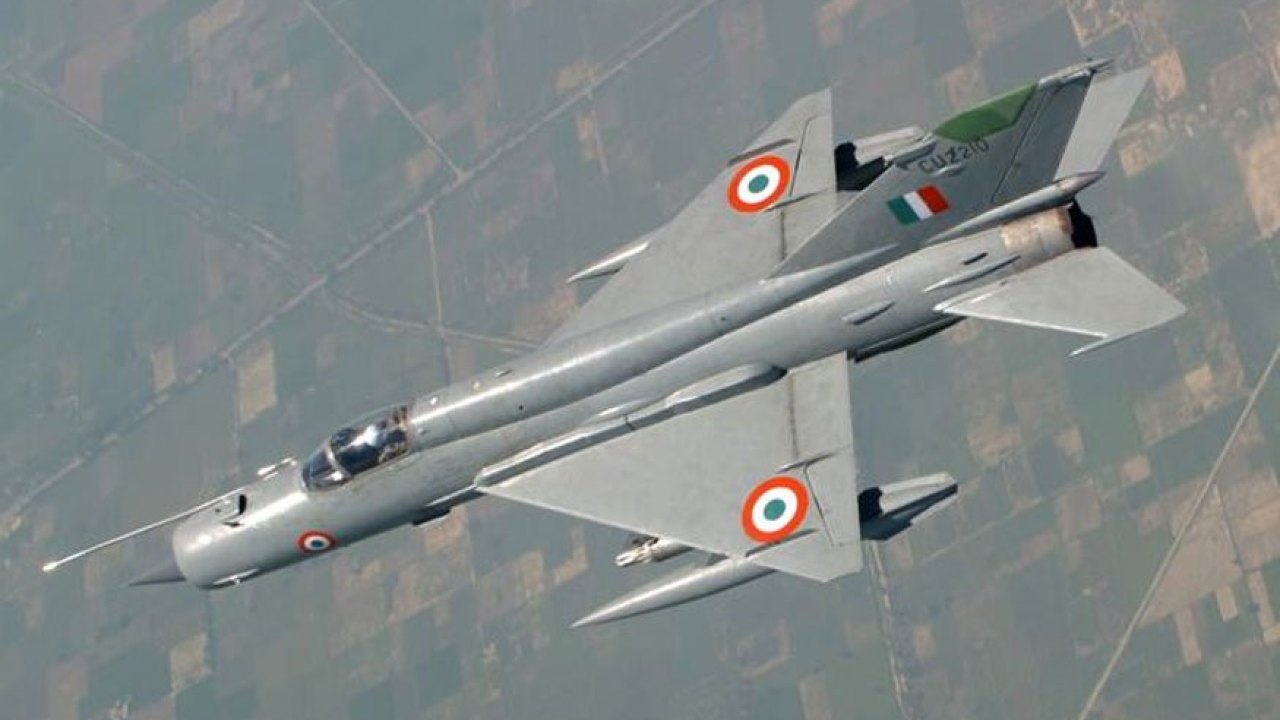 A MiG-21 fighter jet of the Indian Air Force crashed in Rajasthan’s Bikaner on Friday. The plane crashed after it reportedly suffered a bird hit.

The plane had taken off from Nal near Bikaner. The pilot is said to have ejected safely.

Sharma said police teams have rushed the spot to cordon off the area. No loss of life has been reported.

A statement by the IAF said that the MiG-21 had taken off from the Indian Air Force’s Nal airbase in Rajasthan and that it was on a routine mission.

The IAF statement said, “Today afternoon a MiG-21 aircraft on a routine mission crashed after getting airborne from Nal near Bikaner. Initial inputs indicate the likely cause as bird hit after take off. Pilot of the aircraft ejected safely. A CoI [Court of Inquiry] will investigate the cause of the accident.”

In recent times, the IAF has witnessed a series of crashes involving fighter jets and choppers.

On February 1, a Mirage 2000 fighter jet had crashed during a routine testing flight. Both the pilots in the jet had died after their safety equipment gave way. The pilots were on an “acceptance sortie” of the Mirage 2000 trainer aircraft after it was overhauled by the Bengaluru-based Hindustan Aeronautics Limited (HAL).

Barely a fortnight later, two Surya Kiran Hawks were involved in a collision that led to the death of one pilot. The crash had taken place barely days before the 12 edition of Aero India.

On February 12, a MiG-27 fighter jet had crashed at the Pokhran firing range after taking off from the Jaisalmer air base. The jet was on a training mission. The pilot managed to eject safely from the jet before it crashed.

More recently, on February 27, a Mi17 helicopter of the Indian Air Force had crashed at Budgam in Kashmir. All six IAF personnel on board the chopper were killed. A civilian was also killed in the crash.

The MiG-21 fighter jet has been in the news recently after Wing Commander Abhinandan Varthaman, who was flying a similar aircraft shot down a Pakistani F-16 before crashing in Pakistan.

The MiG-21 is a supersonic jet fighter and interceptor aircraft, designed by the Mikoyan-Gurevich Design Bureau in the erstwhile Soviet Union.