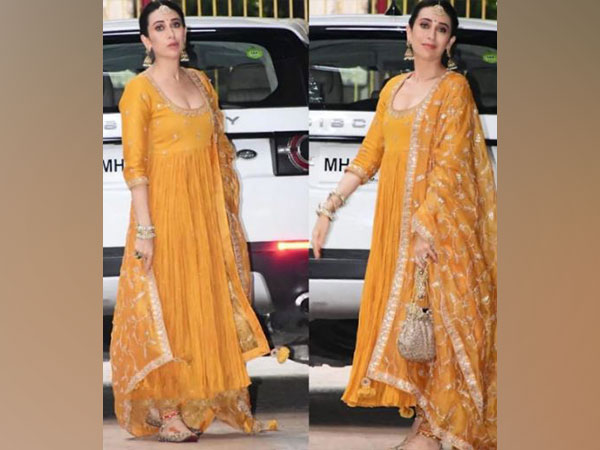 Like many, actor Karisma Kapoor also loves mehendi.
After attending the mehendi ceremony of Ranbir Kapoor and Alia Bhatt on Wednesday, Karisma took to Instagram and flaunted her henna-covered foot.
A heart and floral design mehendi design can be seen applied on her foot. 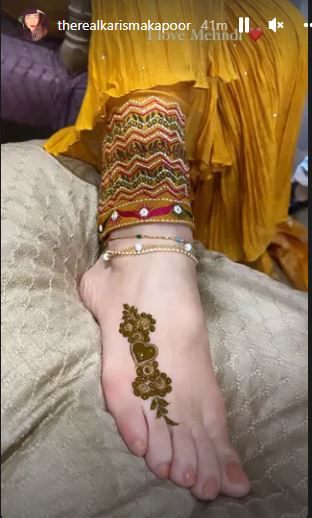 She attended the function wearing an ethnic yellow coloured suit. On the other hand, her sister Kareena Kapoor Khan opted for shimmery lehenga.
Karisma and Kareena are Ranbir’s cousins. Ranbir is Rishi Kapoor and Neetu Kapoor’s son, while Karisma and Kareena are Randhir Kapoor-Babita’s daughters.
Now fans are waiting to see how the Kapoor clan will make entry at Ranbir’s baraat on Thursday. (ANI)