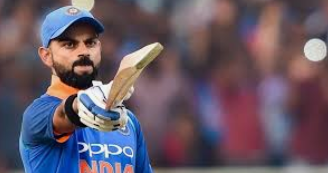 The fastest batsman to score 10,000 ODI runs,Virat Kohli recently attracted a deluge of trolls over a response to a follower on his social media handle, where he was called an Over Rated Batsman.

Over-rated batsman and personally I see nothing special in his batting. I enjoy watching English and Australian batsmen more than these Indians.”the Tweet stated.

Thus remark by the batsman didn’t seem to have created a posive impact among his fans as he was seen attracting a huge number of trolls after his response to the follower.