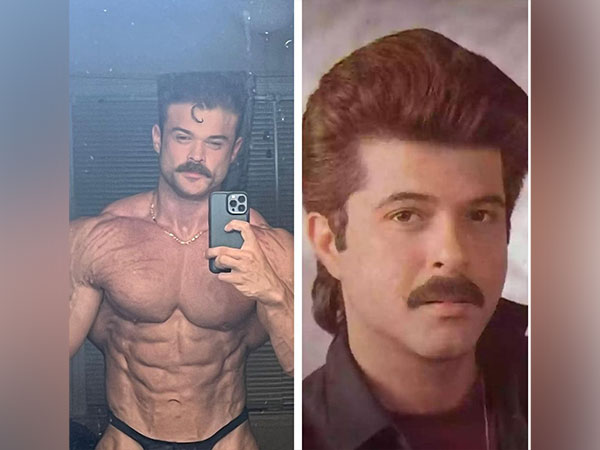 Netizens were both surprised and amazed after finding actor Anil Kapoor’s doppelganger in US-based fitness coach John Effer.
John Effer recently took to his Instagram handle and dropped a picture of himself next to Anil Kapoor.
“I m waiting on that Bollywood call TBH..Where is it at!!?? @anilskapoor Kids a great actor – my dad says so,” he captioned the post, leaving netizens amazed with his uncanny resemblance with Anil Kapoor.

As soon as John shared this picture on special media, it invited a flood of reaction.
“Oh My God! Ditto copy,” a social media user commented.
“You and Anil Kapoor look the same,” another one wrote.
In the picture, John shared a near-similar look as he rocked Anil Kapoor’s signature moustache look from the 90s. He flaunted his ripped body in a mirror selfie.
Anil Kapoor has not reacted to John Effer’s post yet.

Meanwhile, on the work front, Anil Kapoor, who was last seen in ‘Jug Jugg Jeeyo’, is all set to share screen space with Hrithik Roshan and Deepika Padukone in ‘Fighter’, which is being helmed by Siddharth Anand. He also has Ranbir Kapoor’s Animal as one of his upcoming movies. (ANI)