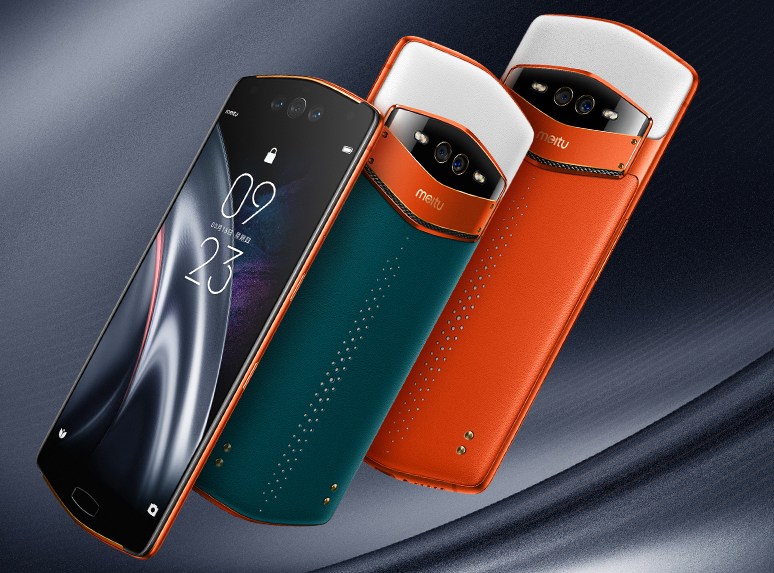 Meitu V7 has been launched at an event in China. The Chinese company has also unveiled a limited Meitu V7 Tonino Lamborghini Edition alongside the standard edition. The company is known for producing selfie-centric smartphones. The Meitu V7 sports a triple camera setup for shooting selfies, consisting of a 12-megapixel, a 20-megapixel ultra wide-angle lens and an 8-megapixel depth sensor. The setup is said to capture better low-light shots with the prowess of AI. At the back, there is a 12-megapixel and 8-megapixel dual cameras. The setup is also equipped with both Optical Image Stabilization (OIS) as well as Electronic Image Stabilization (EIS). The cameras are accompanied by dual-LED flash modules. The flagship smartphone also features a home-button enabled fingerprint scanner, which is a rare thing.

The Meitu V7 features a 6.21-inch OLED panel and throws images at HD+ resolution. It is powered by Qualcomm’s Snapdragon 845 chipset under the hood. The device is offered in 8GB/128GB configuration, and is loaded with the latest Android 9 Pie. It is backed by a 3,500mAh battery. Coming to the Meitu V7 Tonino Lamborghini Edition, the handset sports a high-quality embossed calfskin leather body and also features 18k gold-plated rivets. It comes in Cabernet Orange and Green Dream color variants. Both the units have identical specifications, but the special edition offers a more premium experience. The standard edition will retail at RMB 4,799 (approximately Rs 48,700), while the Tonino Lamborghini limited edition of the Meitu V7 will be available for RMB 8,888 (approximately Rs 90,200). Both the smartphones will be on sale from January 8 in China.