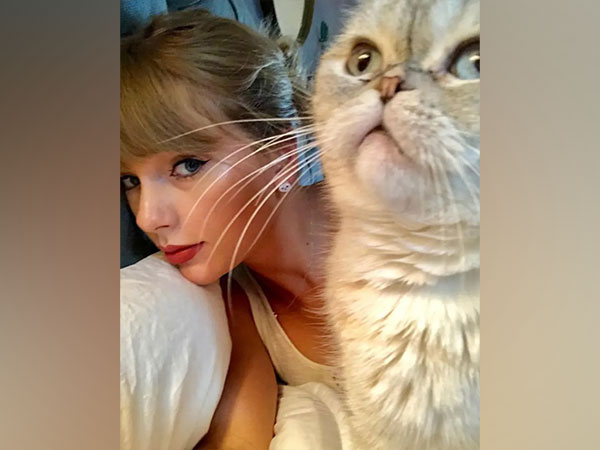 The benefits of being a cat person are real! Olivia Benson, a Scottish fold owned by Taylor Swift, is the third wealthiest pet in the world, according to a recent report by All About Cats. The chubby cat has amassed an estimated net worth of 97 million dollars which is close to Rs 800 crore (as per today’s conversion rate) which is ‘pawsitively’ amazing.

According to New York Post, a US-based news outlet, social media influencer @Nala cat, a Siamese and tabby mix, is ranked second in the feline fine with an estimated $100 million. Gunther VI, a German Shepherd owned by the Italian media corporation Gunther Corporation, took home the world’s wealthiest pet with a staggering $500 million.

The list was created using Instagram statistics and each pet’s estimated revenue per social media post. On her Instagram page in 2020, Swift shared a photo of Olivia curled up on a couch and it received over 2 million likes.

It’s no secret that the “Midnights” album’s vocalist adores her cat, who bears the name of the well-known ‘Law & Order: Special Victims Unit’ character played by actress Mariska Hargitay. Her fluffy cat has appeared in advertisements, including one for Diet Coke in 2014, as well as in the music videos for her songs ‘Blank Space’ and ‘Me!’

“Before I got the second cat, I was kind of canvassing everyone I knew, saying, ‘Is cats, cat lady?’” Swift said during a 2014 interview on ‘Live With Kelly and Michael’ as quoted in a report by the New York Post, in which she emphasized the plural of ‘cat’.

“Two cats is cats, and there’s more than one. And they’re like, ‘No, three cats is a cat lady, two cats is a party’,” Swift added.

On the list of wealthiest pets, Oprah Winfrey’s dogs Sadie, Sunny, Lauren, Layla, and Luke came in second place with $30 million each, followed by the Pomeranian Jiffpom with $25 million, the late Karl Lagerfeld’s cat Choupette with $13 million, and the late actress Betty White’s dog Pontiac with $5 million.

As per a report by New York Post, tied at USD 1.5 million, each was Instagram-famous dogs Doug The Pug, Tucker and Marutaro.

Button is an adorable ragdoll cat but he didn’t make the cut. (ANI)