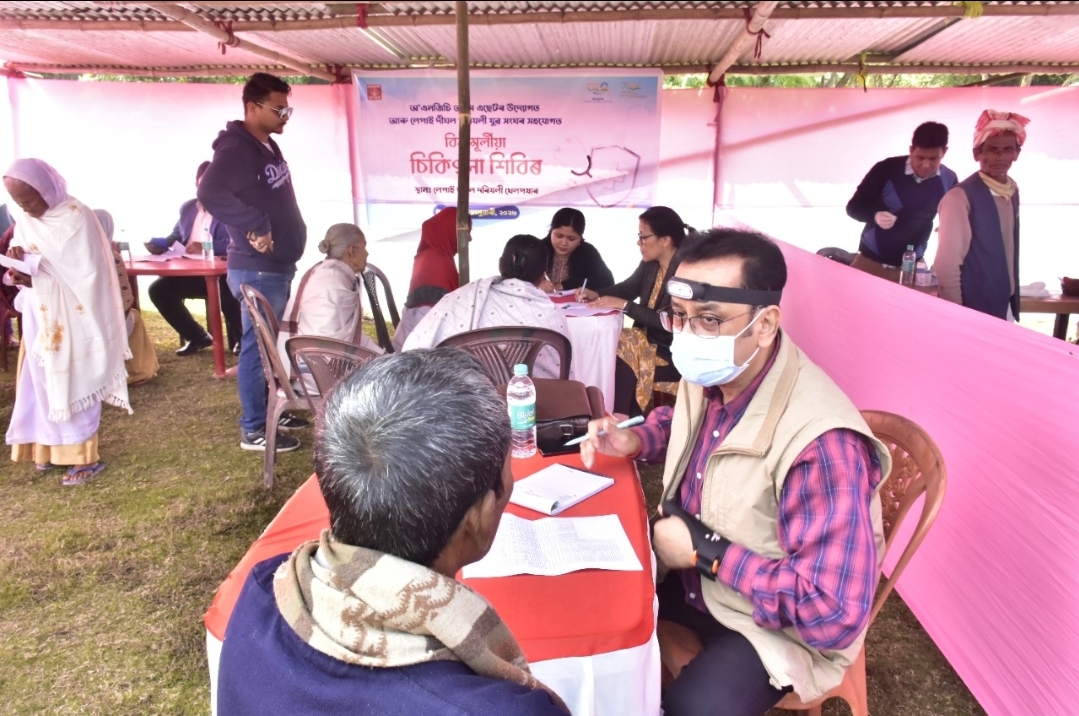 Nazira, 22 January: In continuation of its endeavour to improve the health index of the people in operational areas, ONGC Assam Asset in association with Lepai Dighal Dariyali Yuba Sangha organized a free multi-speciality medical camp at Lepai Dighal Dariyali playground in Sivasagar district on Saturday (21st January, 2023).
Inaugurating the health camp, Dr Malaya Bailung Bordoloi, GM-Head Medical Services outlined the initiatives of the oil-Maharatna to make people healthy in its operational areas.
Over 550 local people availed medical services in this camp held till late in the evening. On the occasion, hundred (100) near vision spectacles and Forty (40) walking sticks for the elderly people were given. The team comprising ONGC doctors and staff conducted free blood sugar, blood pressure tests and provided medicines to the patients.

The medical camp was coordinated by Medical Services and the Surface Team, ONGC Assam Asset. Earlier on 7th January, similar free medical camp was also organized by ONGC at Borborua Moidam in Charaideo district. Besides free medical tests, walking sticks, spectacles and medicines were also distributed in the camp. The camp was attended by nearly 450 patients.

In the recent past, ONGC supplemented medical logistics in Assam by adding nine Advanced Life support Ambulances to the nine medical colleges in the state at a project cost of Rs 4.38 Crore. These Ambulances were flagged off by Hon’ble CM Dr Himanta Biswa Sarma, and Hon’ble MoS, MoPNG and Labour and Employment Shri Rameswar Teli.

The ONGC supported multi-speciality 300-bed hospital in Sivasagar being built at a project cost of Rs 483 Crore is in the final stages of completion. Since the inauguration of its first phase in March, 2019, it has treated about 64000 OPD patients.