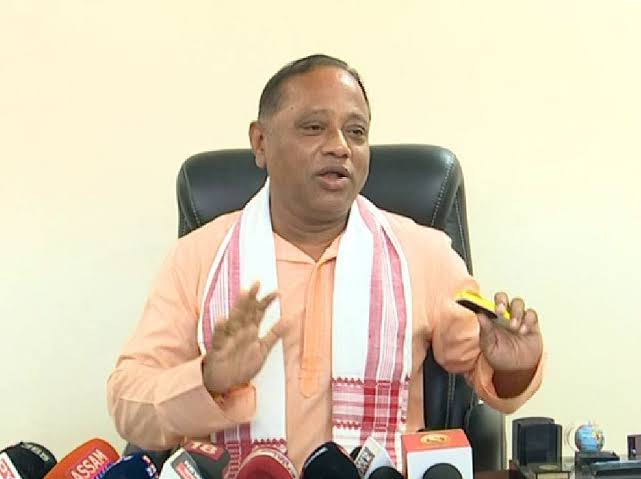 Dispur, July 30: Pension Seva Kendras (PSKs) have been set up in the districts for the benefit of pensioners who have dedicated a long period of their life to the service of the people, Minister for Transport, Excise and Fisheries, Parimal Suklabaidya said on Friday.

“The Pension Seva Kendras have been set up in the districts to streamline the pension procedures,” said Suklabaidya while inaugurating PSKs at Graham MV School in Hailakandi and at Rajchandra Girls’ MV School in Karimganj of South Assam’s Barak Valley.

He said the state government has authorised all district authorities, head of offices (HODs) and other competent authorities to start the process of pension proposal within one year of retirement of an employee.

Under the new system, scanning and uploading of service book will be done by PSK operators who will forward the same to the HoDs through the Kritagyata Portal. The HoDs after compilation will forward it to the sanctioning authorities vis-a-vis Director of Pension and Accountant General for necessary sanction.

The school teachers who constitute a sizeable chunk of pensioners as well as pensioners of other departments will be able to avail pension related services at the PSKs set up at the district offices of the education department.

“The laudable initiative taken by the Dr.Himanta Biswa Sarma led BJP Government to set up PSKs is a token of gratitude to the employees who retire after rendering long years of government service. These PSKs will ease the hardships faced by the pensioners,” he quipped.

It may be mentioned that the state government had approved the setting up of PSKs on October 28, 2021 in a bid to improve the ease of living for citizens.

Later, the Minister held two review meetings with Deputy Commissioners of Hailakandi and Karimganj and officials of Transport, Fisheries and Excise departments. Suklabaidya asked the Excise officials to step up drive against illicit liquor. He directed the Transport officials to ensure that local modes of transport follow road safety rules strictly to avert accidents and asked the ASTC officials to ensure passenger friendly services.

Suklabaidya instructed the Fishery officials to expedite the process of assessment of ponds damaged due to floods and to ensure that not a single affected fisherman is left out.