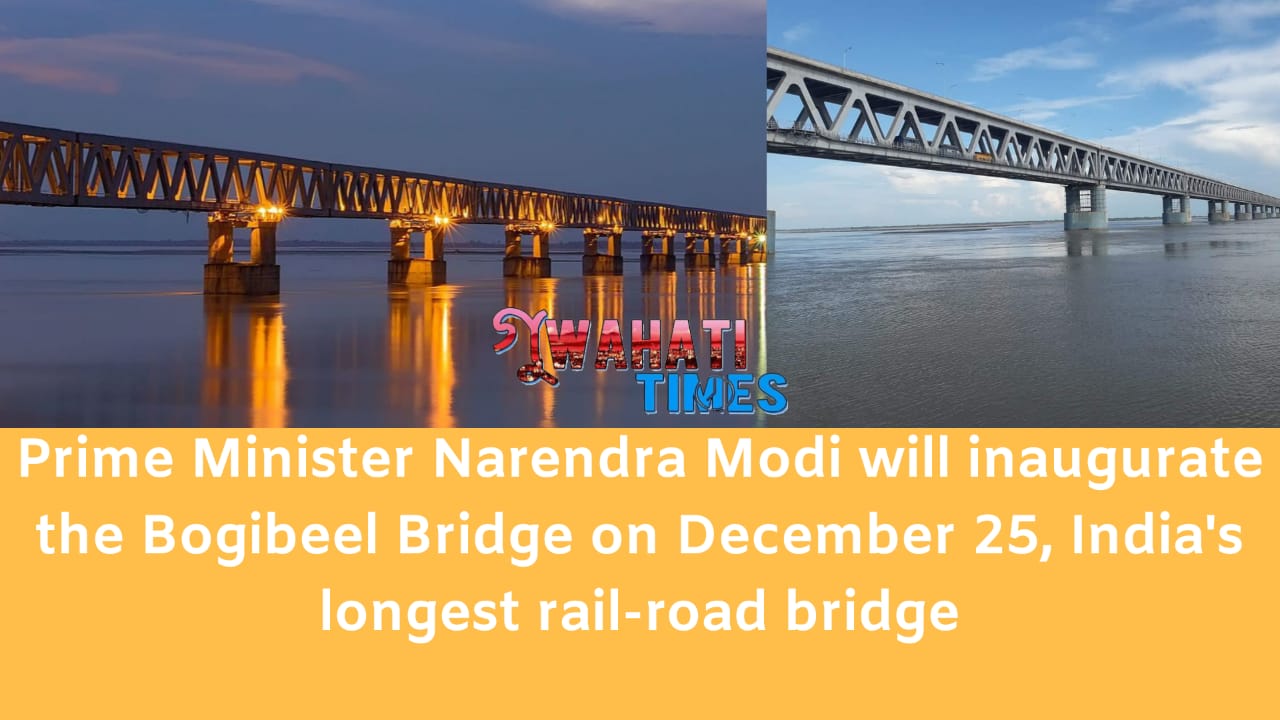 Bogibeel, India’s longest rail-cum-road bridge connecting Dibrugarh in Assam to Pasighat in Arunachal Pradesh, will be inaugurated by Prime Minister Narendra Modi on December 25, ANI reported on Wednesday. The bridge, which has been constructed by the railways, is 4.94 km long and 32 metres above the water level of the Brahmaputra. It will be the second largest bridge in Asia with three-lane roads on top and a double-line railway track below.

The foundation stone of the bridge was laid in 1997 by then prime minister H D Deve Gowda but the work started only in 2002. The project, which has missed several deadlines, was supposed to be completed in June 2017 but got delayed.

The construction of the bridge will be a major boost in improving logistical support to the armed forces along the border in Arunachal Pradesh as India shares nearly a 4,000 km border with China.