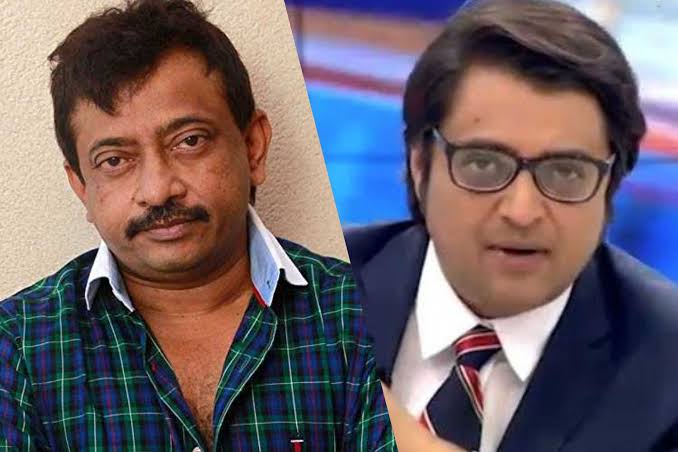 Filmmaker Ram Gopal Varma will be making a film on news anchor and editor-in-chief of Republic TV, Arnab Goswami. He took to his Twitter handle to show his anger towards the anchor and explained why he wants to make a film on him.

My film on him is titled

“ARNAB”
THE NEWS PROSTITUTE
After extensively studying him I mulled on whether the tagline should be The News Pimp or The News Prostitute though both are relevant I finally settled on prostitute for its sound.

Well, as we all know after the demise of Sushant Singh Rajput, the channel held a lot of debates around the functioning of Bollywood.

Reacting on the same, Varma tweeted, “Was shocked to see #ArnabGoswami talking about Bollywood in such a horrible way ..He calls it the dirtiest industry ever with criminal connections ,it’s full of Rapists, gangsters, sexual exploiters and what not?It beats me in what dumb way #ArnabGoswami can combine the deaths of Divya Bharthi,Jiah khan, Sridevi and Sushant into one case and claim that the murderer is Bollywood..incidentally the 4 deaths happened over a span of nearly 25 years.”

“And in all the four cases of Divya,Jiah,Sridevi and Sushant there were completely different people and circumstances ..But in Arnab’s mind they are all one and had been killed by an entity called Bollywood,” he added.

Ram Gopal Varma also wrote, “That guy #ArnabGoswami is banking on the fact that we don’t have the spine and as long as he runs the debate he will anyway make sure no one’s point of view is ever heard and that’s his modus operandi anyway.”

“I for one am feeling very strongly about this and I decided to make a film on #ArnabGoswami in which I will take the clothes off his facade and make him naked exposing the lengths and breadths of all his vital corrupt stats,” the filmmaker added.

And finally Varma then announced. “ARNAB”THE NEWS PROSTITUTE. After extensively studying him I mulled on whether the tagline should be The News Pimp or The News Prostitute though both are relevant I finally settled on prostitute for its sound. I know I used some hard language in these tweets to describe him but I took a cue of them from our very own dirty mouthed #ArnabGoswamy.”

He further spoke about Arnab reacting to his film, “Hey #ArnabGoswami whether u react to my film or not I don’t care a damn because my target audience is not going to be u , but it will be ur viewers ..I want to shake them up with the way I will expose in my film the back of ur public face in Republic TV.”

The filmmaker added, “Atleast now all film industry people should come out and speak openly about #ArnabGoswami ‘s falsifications instead of running scared like deer from a wild dog”.