RDX mix, more than one militant behind Pulwama attack 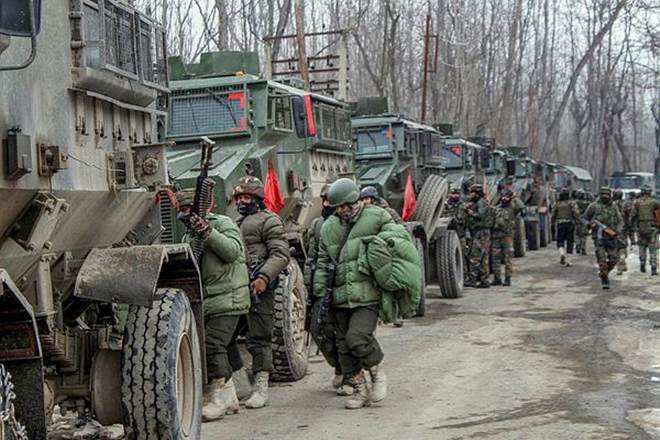 Thursday’s suicide attack on the Central Reserve Police Force (CRPF) convoy suggests a van or small car may have been used as the car bomb, and the explosive may have been a mixture of RDX and Supergel-90, a blasting agent commonly used in quarrying, according to officials aware of the preliminary investigations.

The investigators believe at least three to four people are suspected to be involved, including a bomb-maker and spotters who would have tipped off the bomber, Adil Admad Dar, about the movement of the convoy.

The clues are only a part of several critical questions being asked in the wake of what is the deadliest attack on security forces in Jammu and Kashmir, the chief among which are how it could take place without being intercepted and who are the main players.

“Investigators recovered a bumper of a Maruti vehicle from the blast side. It could be of an Alto or an Eeco. Besides the bumper, no other discernible part including the registration details of the vehicle has been found so far,” said an official from a counter-terrorism agency involved in the investigation, asking not to be named. Initial reports had suggested the vehicle may be a Mahindra Scorpio.

The official quoted above said the attacker was waiting for the convoy on an approach road to the Jammu-Srinagar highway on the Kakapora-Lelhar side. “The attacker entered the highway from left and when the CRPF bus was alongside, he detonated the vehicle filled with RDX mixed with Supergel-90,” he added, citing some of the findings from forensic analysis of the site.

The impact of the blast was in a radius of around 150 metres, the analysis suggested.