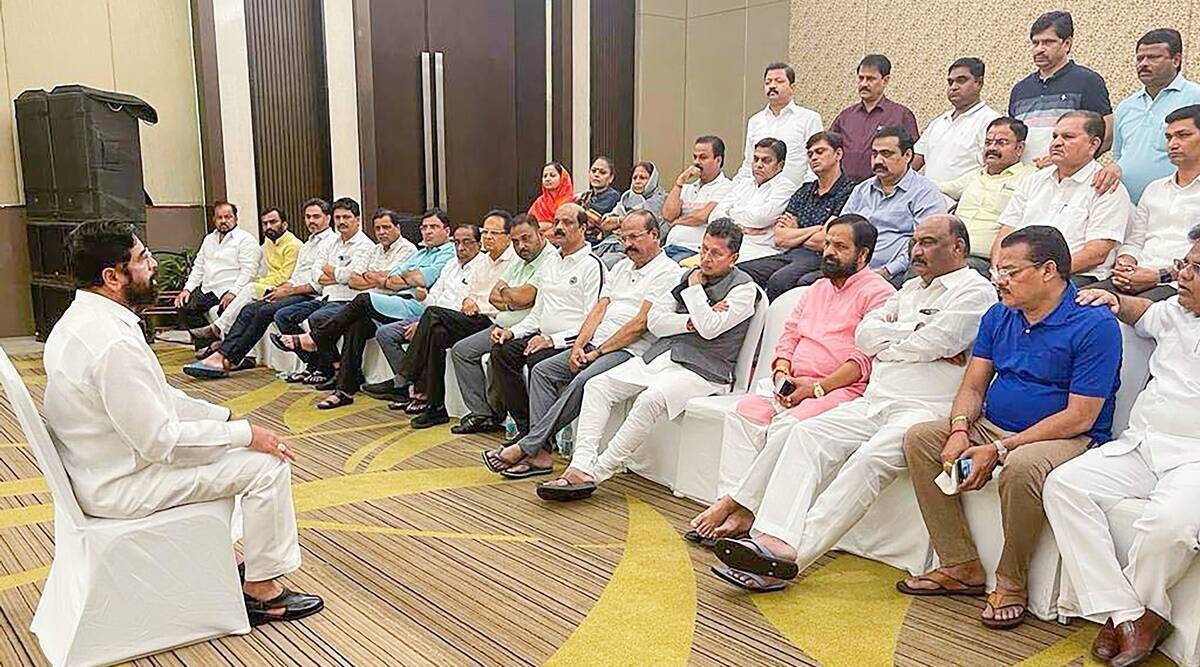 Rebel Shiv Sena MLAs from Maharashtra have contributed Rs 51 lakh for the flood relief wok in Assam, where they have been camping since the last week, their spokesperson said on Wednesday.

The Sena legislators, led by senior minister Eknath Shinde, have raised the banner of revolt against their party. These MLAs had first come to Guwahati on June 22 and subsequently in several batches from Gujarat’s Surat in chartered flights.

Amid criticism that the Sena dissidents were staying at a luxury hotel in Guwahati even as parts of Assam were grappling with severe floods, Deepak Kesarkar, the spokesperson of the rebel MLAs told PTI, “Shinde has donated Rs 51 lakh to the Assam Chief Minister’s Relief Fund as our contribution to their ongoing rescue work. We cannot ignore the plight of people here.”

Kesarkar added that with Maharashtra Governor B S Koshyari asking the Uddhav Thackeray-led Maha Vikas Aghadi (MVA) government to face a floor test on Thursday, the rebel MLAs have decided to move out of Guwahati and shift to a place near Mumbai.

A close aide of Shinde, however, said the group will be staying in a Goa-based hotel and reach Mumbai by 9.30 am on Thursday.

Kesarkar said, “We will be staying at a place that is one hour air distance from Mumbai, so that that we can comfortably reach the state capital for the floor test. The decision (of floor test) will be what we have been demanding for a long time from our leadership.”

Expressing disappointment with Shiv Sena president and Chief Minister Uddhav Thackeray, he said the party MLAs had been asking him to move away from the NCP and Congress (allies in the government), but he never listened to them.

“As majority of Shiv Sena MLAs decided to go away from these two parties, the remaining Sena legislators with him (Thackeray) will have to abide by our whip at the time of the floor test,” Kesarkar said.

Thackeray can definitely issue some instructions, but when we are in the House, we are bound by the Constitution of the country, he said.

Shinde said on Wednesday that he will return to Mumbai on Thursday for the floor test against the beleaguered Uddhav Thackeray-led Sena-NCP-Congress government.